"Orange is the New Black" By: Piper Kerman Review 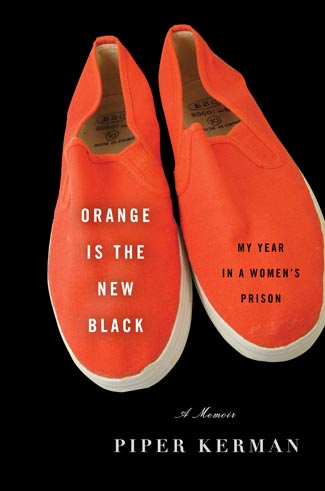 "Orange is the New Black"
By: Piper Kerman


When Piper Kerman was sent to prison for a ten-year-old crime, she barely resembled the reckless young woman she’d been when, shortly after graduating Smith College, she’d committed the misdeeds that would eventually catch up with her.Happily ensconced in a New York City apartment, with a promising career and an attentive boyfriend, she was suddenly forced to reckon with the consequences of her very brief, very careless dalliance in the world of drug trafficking.

Kerman spent thirteen months in prison, eleven of them at the infamous federal correctional facility in Danbury, Connecticut, where she met a surprising and varied community of women living under exceptional circumstances. In Orange Is the New Black, Kerman tells the story of those long months locked up in a place with its own codes of behavior and arbitrary hierarchies, where a practical joke is as common as an unprovoked fight, and where the uneasy relationship between prisoner and jailer is constantly and unpredictably recalibrated.

Revealing, moving, and enraging, Orange Is the New Black offers a unique perspective on the criminal justice system, the reasons we send so many people to prison, and what happens to them when they’re there.

Wow! This is one of those books that is true to the term of a page turner. Piper Kerman, our author, chronicles her time in a women's prison in such a realistic way that you feel as if you served the time with her. I've never been a huge fan of nonfiction, but was extremely happy to read this book about Kerman's time behind bars.
Kerman describes her crime in matter of fact language. She was arrested and charged with money laundering and transporting drugs. She never actually did any drugs and by the time the law caught up with her, Kerman had been away from that lifestyle for years. When Kerman finally enters prison, she had done the actual crime more than ten years before.
The rest of the book describes different people, times, and stories from her time in prison. An eclectic mix of women, guards, and visitors, Kerman delves into the underworld of prison culture. Heartbreaking episodes of mothers being separated from children, anxious prisoners hiding contraband from guards, and vindictive guards round out the story. She goes through her time in prison chronologically and details her relationships honestly and no holds barred.
I loved this story. "Orange is the New Black" shows what prison is really like, not the made up version for TV. While there is violence, there is also compassion, kindness and even happiness in certain instances. Everyone is just trying to survive. A stunning documentary, I would highly recommend this book. We read this book for a book club I am in, and I simply cannot wait to discuss!