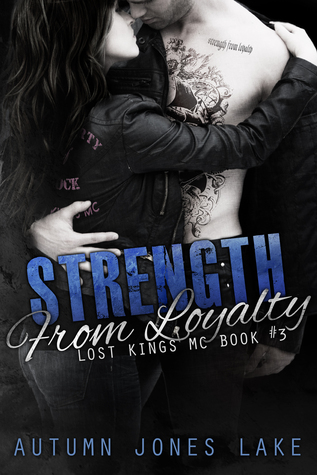 Struggling attorney, Hope Kendall loves her outlaw, biker boyfriend, Rochlan “Rock” North with all her heart, but the questionable activities his motorcycle club are involved in are about to threaten the legal career she’s not even sure she still wants.


Rock finally has the support of all his officers to bring Hope deeper into the inner circle of the Lost Kings MC. When his offer to have the club help her out of her legal predicament is met with hostility, he’s once again forced to question whether they are able to make their drastic differences work for the long haul.


A near death makes any squabble seem insignificant, but puts a cloud over their future. And while Rock has been working hard to give Hope the honesty she craves, one secret she’s been keeping all along, may finally drive them apart for good.


My Thoughts
Hope and Rock have been together for a few months but things have not calmed for them one bit. Rival gangs, drugs, guns, and jealousies come together to create an explosive finale in Rock and Hope’s trilogy. With the whole group still there, we go a little deeper into the MC and the deepest ever into their relationship.
Rock and Hope are trying to find their happiness but outside forces seem to be closing in. For one of hte fisrt times, Hope is completely immersed in the MC world. She meets other MC leaders, and sees aside of the club life that isn’t what she is used to. Violence, revenge, lies and evil make an appearance, but through it all Rock and Hope stand strong.
More than a Motorcycle club book, Autumn Jones Lake does characters so well, its mesmerizing. Who else can write three books, about the SAME two people, and still keep it fresh? Each book we have great supporting characters and I think it says a lot about her writing, that people are still clamoring for more of Rock’s story even after three books.
One of my favorite series out there now, Rock and Hope are still fresh, fun, and in love more than ever. What I loved best with how Autumn left it was the simple fact that we don’t know what will happen next. More Rock and Hope? Wrath and Trinity? Jesse? Its a wide open field and I’m up for anything. Earth shattering sex, fabulously fun scenes, and secondary characters so good they need their own book, Autumn Jones Lake has another five star hit from me!

Email ThisBlogThis!Share to TwitterShare to FacebookShare to Pinterest
Labels: *****, 2015, 2015 Where Are You Reading, Library Review