FEATURE AND FOLLOW FRIDAY IS A BLOG HOP PUT TOGETHER BY TWO hOSTS: PARAJUNKEE AND ALISON CAN READ AS A WAY TO HELP BLOGGERS BECOME AWARE OF OTHER BLOGS AND BLOGGERS.

Q: Have you ever looked at book’s cover and thought, This is going to horrible? But, was instead pleasantly surprised?

The example that immediately came to mind is
"The Raven Prince" By: Elizabeth Hoyt.

When I saw this cover, I hated it!
Looking at it now, it doesn't bother me, but...initially I just despised the cover. I didn't like the red. AND doesn't the cover kind of bring to mind force?
Look at the way he's gripping her arms - its just creepy.

However, I love the story! It's one of the most amazing romances I have ever read.

Synopsis:
There comes a time in a woman's life when she must do the unthinkable - and find employment. For the widowed Anna Wren, that means taking a job as female secretary for the Earl of Swartingham. Secretaries are always male - never female - as Anna well knows but the real downfall of her career is the realisation that she is falling in love with Edward de Raaf - the Earl. But when she realises that he is going to visit a brothel in London to take care of his 'manly' desires, Anna sees red - and decides to take advantage of the opportunity to also take care of her 'womanly' desires - with the Earl as her unknowing lover. But the Earl has another reason for going to London. He is formalising his betrothal and trying (with little success) to forget about a secretary that has no right being female. Unhandsome, he knows that no woman wants him. Except for the mysterious lady with whom he spent two unforgettable nights at Aphroditersquo;s Grotto, the most scandalous brothel in London. But when Anna's plan is revealed, a bit of blackmail is thrown into the mix, a proposal is rejected and even the Earl himself will be unprepared for the intrigues that ensnare them. 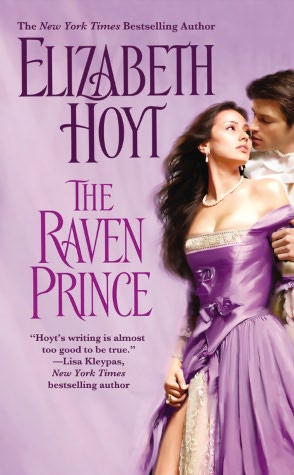 This is the new, improved cover...
and I like it much better.
Posted by The Brunette Librarian at 2:55 PM