Emilia King is entering her senior year at Santa Barbara University. For the past three years, she lived in the library – doing what she knows best – focusing on her studies and forgetting her past…a past that has forever changed her life. But this year marks a new beginning…

Logan Prescott is not only the hottest guy on campus, he’s heir to a billionaire hotel fortune. Emilia knows he’s trouble and should stay clear of him. But his notorious good looks and piercing blue eyes make him simply irresistible – especially when he’s quoting her favorite literary works.

Intrigued by Emilia’s innocence and resistance to his charm, Logan discovers she’s a challenge he simply can’t resist. Getting involved with him is dangerous, but running from him may be impossible. 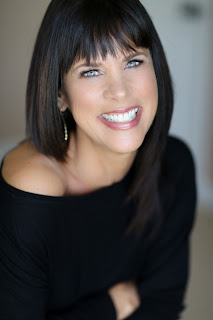 About the Author
DIANE MANNINO graduated from University of Maryland, College Park with a degree in English Literature. She is a former writer for Museum and Arts Washington and Star Magazine as well as several television shows, including, Inside Edition, American Journal, and E! News Daily. She lives in Los Angeles with her husband and two beautiful daughters. Running from Romeo is her first novel and she is currently working on the sequel.

My Thoughts
Diane Mannino is a voice to watched as she delves into (I say New Adult, others say Young Adult...tomato - tomahto...) territory uncharted. On the surface it looks like another rich boy meets girl but its so much more than that. Logan and Emilia's romance grows and is just so dang sweet. At times I even forgot Logan had money but I never forgot he was a fantastic hero. Incredibly cute at times, fun, and heartfelt, I can't wait to see what Diane Mannino has coming up next. A sweet story perfect for a summer's day, be sure to check out Running From Romeo.