"The Storyteller" By: Jodi Picoult Review 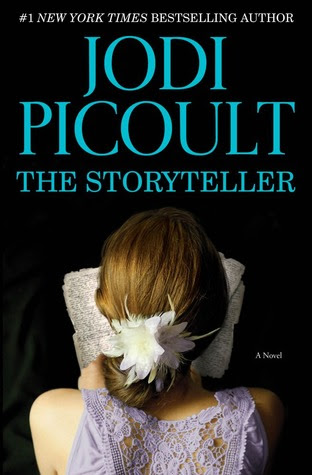 The Storyteller
By: Jodi Picoult


Sage Singer befriends an old man who's particularly beloved in her community. Josef Weber is everyone's favorite retired teacher and Little League coach. They strike up a friendship at the bakery where Sage works. One day he asks Sage for a favor: to kill him. Shocked, Sage refuses…and then he confesses his darkest secret - he deserves to die, because he was a Nazi SS guard. Complicating the matter? Sage's grandmother is a Holocaust survivor.

What do you do when evil lives next door? Can someone who's committed a truly heinous act ever atone for it with subsequent good behavior? Should you offer forgiveness to someone if you aren't the party who was wronged? And most of all - if Sage even considers his request - is it murder, or justice?

My Thoughts
I was quite simply blown away by Jodi Picoult’s newest novel. I’ve only read two or three of her books so I don’t know how this one compares to others, but I was absolutely entranced in this story. It wasn’t instantaneous but once it grabbed me, I felt as if I was in the world of The Storyteller.
As with most Picoult books, if not all, the story is told from a variety of different perspectives. So a variety of sources tells the main story of Sage and her new 90+ year old friend, Josef. Sage, with Jewish ancestry, meets Josef in a grief counseling group and they strike up a friendship. Both seem damaged with pain from their past still affecting them, so they take comfort in one another. During the course of their friendship, Josef does something quite shocking. He informs Sage of his past as a Nazi officer in Auschwitz and then asks her if she will kill him.
What follows is a heartbreaking tale of the Holocaust and its costs to the world at large. A large portion of the novel follows Sage’s grandmother, who lived in Germany and was Jewish during World War II. She tells of her time in Auschwitz and how easily good people turned bad. Sage argues with Josef, herself, and her own sense of right and wrong in deciding what she should do.
I think what sticks out in this story the most is the emotion behind the words and how much it touched me. As I was reading Sage’s Grandmother’s words, I sat in my bed and literally cried at how her family was just violently her family was torn apart and what she had to do to survive. I can’t wait to offer this to my book group as a possible read because I know they will be just as moved as I was. In the end it asks the question, what would you do in the face of such monstrosity? A heartbreaking tale of family, life, love, and the will to live, The Storyteller is going to stick with me for a long, long time.