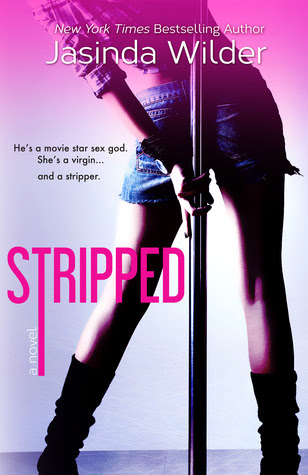 Welcome to my fantastic blog and my portion of the Stripped blog tour!

I am thrilled to be a part because I stinkin' loved this story!!!

So how did I get myself into this situation, you ask? Simple: desperation. When you're faced with being homeless and hungry or taking off your clothes for money, the choice is easier than you'd imagine. That doesn't make it easy, though. Oh no. I hate it, in fact.

Then, one day, I meet a man. He's in my club, front and center. He watches me do my routine, and his gaze is full of hunger. Not the kind of desire I'm used to though. It's something different. Something hotter, deeper, and more possessive. I know who he is; of course I do. Everyone knows who Dawson Kellor is. He's People Magazine's Sexiest Man alive. He's the hottest actor in Hollywood. He's the man hand-picked for the role of Rhett Butler in the long-awaited remake of Gone With the Wind.

He's the kind of man who can have any woman in the entire world with a mere crook of his finger. So what's he doing looking at me like he has to have me? And how do I resist him when he looks at me with those intoxicating, changeable, quicksilver eyes?

I'm a virgin, and he's an American icon of male sexuality. I'm a stripper, and he's a man used to getting anything and everything he wants. And he wants me. I know I should say no, I know he's the worst kind of player…but what my mind knows, my body and my heart may not.

And then things get complicated.


New York Times and USA Today bestselling author Jasinda Wilder is a Michigan native with a penchant for titillating tales about sexy men and strong women. When she’s not writing, she’s probably shopping, baking, or reading. 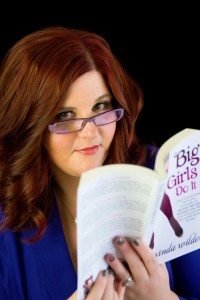 She loves to travel and some of her favorite vacations spots are Las Vegas, New York City and Toledo, Ohio.

You can often find Jasinda drinking sweet red wine with frozen berries and eating a cupcake.

Jasinda is represented by Kristin Nelson of the Nelson Literary Agency.

My Thoughts
This is my first Jasinda Wilder book, and it won’t be my last! I joined her latest blog tour because I had actually been following her on Facebook. Adorable and funny, I became a Jasinda fan before even reading a word of Stripped...but I will be a dedicated reader from now on.
Stripped is an emotional roller coaster and I still don’t know if I’ve found my footing yet. Grey is all that is innocent in this world. She’s a preacher’s daughter, a southern belle, a virgin, a sheltered youth living in Georgia. Her world is upended when her Mother dies, leaving her with her extremely conservative and fairly judgemental Father. Needing to make her mark on the world, Grey sets off on her own for film school in LA, and as I’m sure as you’ve figured, very against the wishes of her Father.
Alone and lonely in California, Grey works her hardest but when her scholarships run out and with no help from her Father, she looks for a job. With a love of dancing, and no other job prospects, Grey takes on the persona of Gracie, a sensual stripper.
Hating her job but needing the money it brings in, its almost as if Grey is living two lives. She’s a film student by day and by night, she’s sexy Gracie. One night, during her set, she looks into the eyes of her future, Dawson Keller.
Dawson is one of the world’s most recognizable movie stars and he wants both Grey and Gracie in his life. He sees Grey as more than a stripper, and he sees Gracie as more than a virginal innocent.
Jasinda can write characters, let me tell you. Raw and just unbound emotions erupt throughout the story. Written in first character, you take the same risks as Grey does and through her eyes, you learn to fear then trust Dawson. The ups and downs in their relationship are so real and earth shaking, I found myself cheering for the good times and with tears in my eyes during others. The moments when Grey is stripping are some of the saddest, almost mournful moments I have ever read in fiction. I think the hurdles she has to cross make that happy ever after even sweeter, and the sex...good lord, its amaaaaaazing!
Groundbreaking and emotional are the two best words I can find to explain my feelings about Jasinda Wilder’s newest book, Stripped. It’s so much more than a romance. Suspenseful, insightful, and sensual, Stripped takes away what we think we know about the characters and ourselves and flips it on itself. Brava Ms. Wilder, Brava!


I’m delaying. I always delay. I never want to go out there. I thought I would get used to it, but I never have. My heart still hammers and I still feel ashamed, still feel nauseated. When the moment comes that I have to peel my shirt off and bare my breasts, I always want to crawl into a hole a pull dirt over me. I hate the lewd gazes and the pawing hands and the whistles and the suggestions.

GIVEAWAY:
Jasinda is going to have FIVE days of giveaways to celebrate Stripped. You wanna win, I know you do!