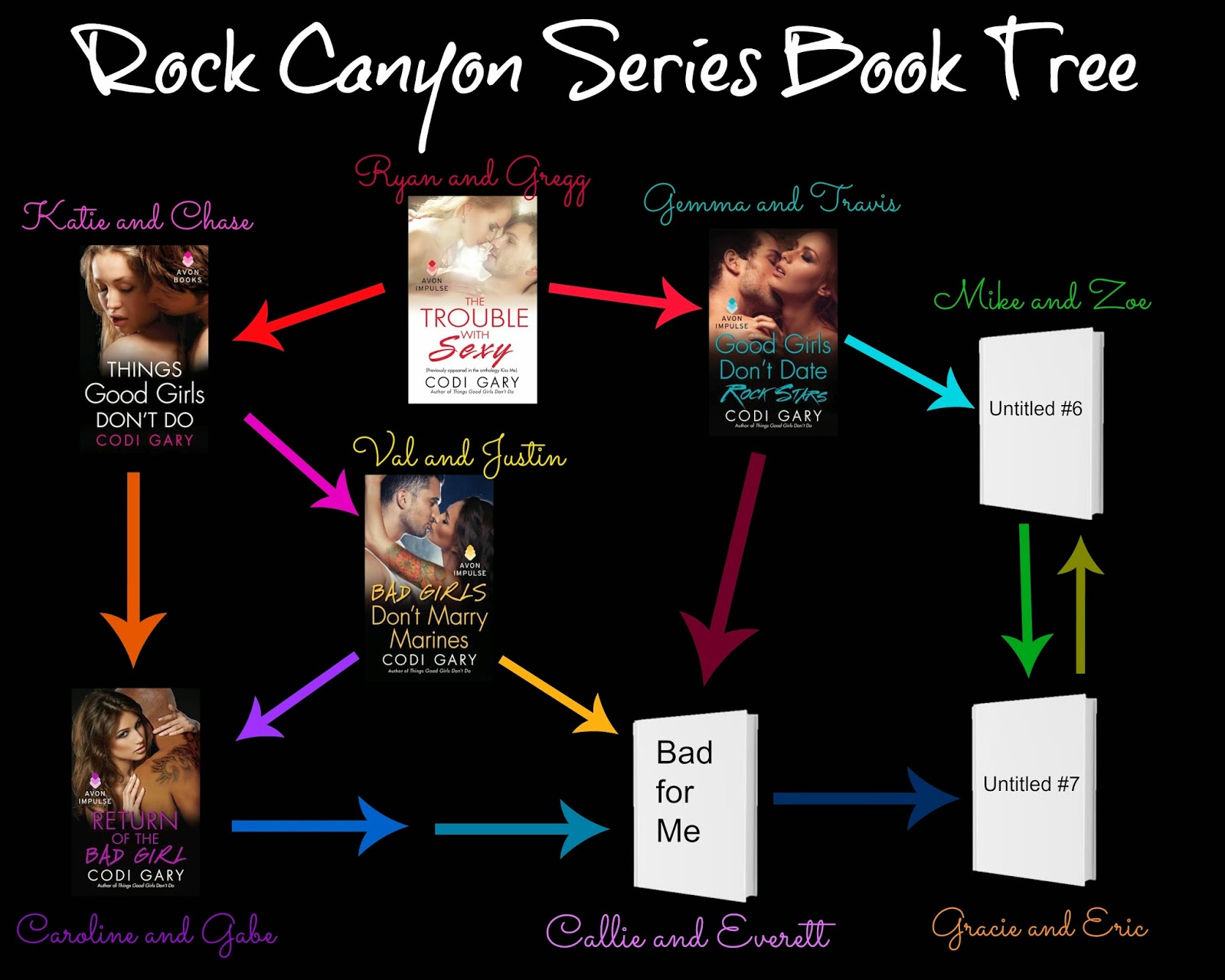 A few words from Codi...
So, you’ve heard of family trees, right? Well, the thing I love about any series, is the way the books connect to each other. The way past and future characters pop up and give you a glimpse of what they have been up to or who they were before they found their happily ever after. It’s what makes series such a hit with readers.

Which brings me to my Series Tree for my small town of Rock Canyon, Idaho. When I first wrote The Trouble with Sexy (Ryan and Gregg’s story), I knew I wanted to write Gemma and Gracie’s stories after, but it didn’t work out that way. Instead, Chase (who had also vied for Ryan’s affections and lost out to Gregg) and Katie, a briefly mentioned hairdresser in The Trouble with Sexy, came next and with it, a host of characters I could play like the puppet master I am. (Insert Sheldon Laugh) Muah-ha-ha.

In the next book, Good Girls Don’t Date Rock Stars, I finally got to tell Gemma’s story. She is the single mother of a nine year old and best friends with Gracie, the coffee shop owner who gives Ryan the makeover in The Trouble with Sexy. She is reunited with her first love, Travis Bowers, and after a whole lot of drama, they get their second chance. Which leads us to book three, Bad Girls Don’t Marry Marines, whose hero is Justin Silverton, best friends with Jared Brown (the husband of Katie’s best friend Stephanie) and who was introduced to Chase in Things Good Girls Don’t Do. Justin pursues Valerie Willis, who has two sisters with the same perchance for trouble, Ellie and Caroline. 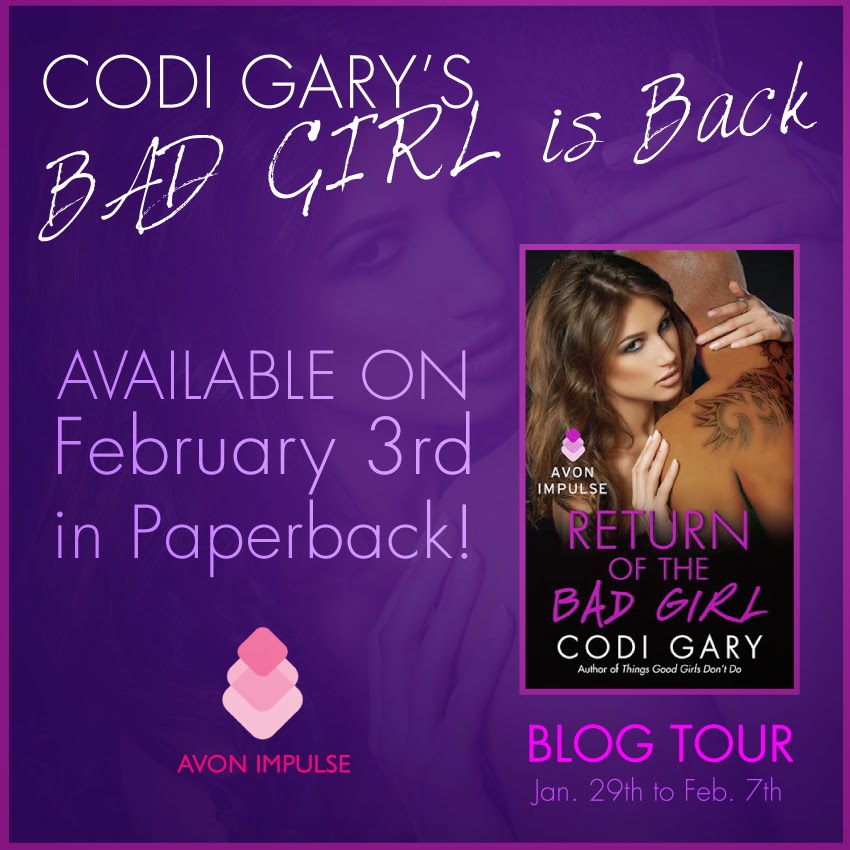 Caroline was brought home at the end of Marines and her story, Return of the Bad Girl, picks up where Marines leaves off. It introduces one delicious bad boy, Gabe Moriarty (yes, I love Elementary), who is actually an old friend of Chase’s (from Things Good Girls Don’t Do.) Caroline becomes friends with Callie, the town dj, who was mentioned in Rock Stars and Marines. So, when Callie’s story picks up months after Caroline and Gabe’s story ends, we find her falling hard for Everett (Justin’s older brother who was introduced in Marines.) We don’t realize that as Callie and Everett are working through their issues, Mike Stevens is fighting his attraction to Zoe the veterinarian (introduced in Return of the Bad Girl) in Rock Canyon Number Six. Mike has been about since The Trouble with Sexy, and was totally in love with Gemma until he lost her in Rock Stars. After everything I put this guy through, I think he deserves a happy ending, don’t you?

And last but not least (for now) Gracie McAllister and Eric Henderson, who have bickered and caused all kinds of speculation, will FINALLY get some air time in Rock Canyon Number Seven, but it’s not just the heroes and heroines that make Rock Canyon come alive. It’s Sam Weathers, the friendly, doesn’t know when to mind his business police officer. It’s bitchy Mrs. Andrews, who still hasn’t explained why she likes Gemma when she gives nothing but disdain to everyone else. And Miss Know It All, the town’s own Gossip Girl, who loves putting everyone’s secrets out there for the towns amusement. Many people have an idea of who she is, but we won’t know until she’s caught…maybe in book seven?


So remember, as you read through this series, pay attention to the little things and every character…you never know when they will pop up again.

A bit more about Codi:


An obsessive bookworm, Codi Gary likes to write sexy small-town contemporary romances with humor, grand gestures, and blush-worthy moments. When she's not writing, she can be found reading her favorite authors, squealing over her must-watch shows, and playing with her children. She lives in Idaho with her family.

Because I love her so much,
I want to gift an e-copy of any of Codi's books to a reader.
Leave your email in the messages and I'll choose a winner on February 10th!

Want to win an awesome gift card
courtesy of Codi Gary?
Fill out the Rafflecopter!
a Rafflecopter giveaway