It's Monday! What's Are you Reading?

It's Monday! -
What Are You Reading? is hosted weekly on Mondays
by Sheila from "One Person's Journey"

"I Want My Hat Back" By: Jon Klassen
"Chocolate Me" By: Taye Diggs and Illustated By: Shane Evans
"Honestly, Red Riding Hood was Rotten" By: Trisha Speed Shaskan

January 1946: writer Juliet Ashton receives a letter from a stranger, a founding member of the Guernsey Literary and Potato Peel Pie Society. And so begins a remarkable tale of the island of Guernsey during the German occupation, and of a society as extraordinary as its name.

"A Redbird Christmas" By: Fannie Flagg 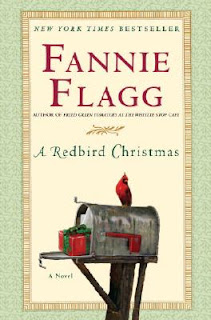 Deep in the southernmost part of Alabama, along the banks of a lazy winding river, lies the sleepy little community known as Lost River, a place that time itself seems to have forgotten. After a startling diagnosis from his doctor, Oswald T. Campbell leaves behind the cold and damp of the oncoming Chicago winter to spend what he believes will be his last Christmas in the warm and welcoming town of Lost River. There he meets the postman who delivers mail by boat, the store owner who nurses a broken heart, the ladies of the Mystic Order of the Royal Polka Dots Secret Society, who do clandestine good works. And he meets a little redbird named Jack, who is at the center of this tale of a magical Christmas when something so amazing happened that those who witnessed it have never forgotten it.

"The Chosen One"
By: Carol Lynch Williams
Thirteen-year-old Kyra has grown up in an isolated community without questioning the fact that her father has three wives and she has twenty brothers and sisters, with two more on the way. That is, without questioning them much---if you don’t count her secret visits to the Mobile Library on Wheels to read forbidden books, or her meetings with Joshua, the boy she hopes to choose for herself instead of having a man chosen for her.
But when the Prophet decrees that she must marry her sixty-year-old uncle---who already has six wives---Kyra must make a desperate choice in the face of violence and her own fears of losing her family forever.

"Lawe's Justice" By: Lora Leigh
Diane Broen's lived to protect her younger sister Rachel from harm. But now that Rachel has been mated off, Diane's occupied herself with less fulfilling tasks at the Genetics Council--until she's paired with a new team member, a Breed male notorious for his attitude, and a touch that makes her recoil.Lawe isn't thrilled with her either. A lion at heart, he prefers a lair of solitude. When it comes to females, he'd rather snarl than purr. And while fate may have paired them to fight on the same team, neither is willing to admit to the obvious: the mating heat between them is positively incinerating.It's only when danger threatens that they make a hotter-than-hell connection--one so explosive it could destroy them. Or, as providence reveals, bind them together, forever.

What I am reading now...

Tom Langdon is a former war reporter who now writes feature articles for various magazines. Banned from flying on airplanes after a hostile incident at an airport security checkpoint, Langdon is forced to take a cross-country train from Washington, D.C., to L.A., where his girlfriend is waiting to spend Christmas with him. As he begins talking to the passengers and staff aboard the train, he meets an eccentric older woman who seems to be a regular rider, a young couple preparing to marry on the train, and a former Catholic priest. To Tom's shock, the former love of his life, Eleanor, is also aboard the train. Sparks fly between them, bringing up old feelings along with the unresolved issues from their relationship. Tom realizes this might be his second chance with Eleanor, but a series of unexpected events may derail his plans.
Posted by The Brunette Librarian at 9:37 PM