He should have left her and never looked back.......
But, that's not how things played out for Caine, a nearly one thousand year old Pyte, who should have known better. Instead of walking away years ago, he stuck around and watched over the only woman he'd ever cared about. When trouble finds her, he knows that he should just cut his losses and walk away, but there was no fighting the hold that woman had on him and now they were both paying the price.
Danni didn't care that she wasn't technically a Sentinel and was putting her life in danger every time she went out on patrol, because she had a job to do. It was the only thing that mattered to her anymore and she wasn't going to let it go without a fight. Unfortunately for her, she didn't foresee her ex-boyfriend selling her out to a Master, being captured, locked up and stuck in a room with the cranky Pyte that broke her heart years ago and wouldn't stop glaring at her as if their little predicament was all her fault

"One Night Rodeo"
By: Lorelei James

All it takes is one night to change a cowboy’s life… Barrel racer Celia Lawson knows better than to tangle with bull rider Kyle Gilchrist. The sexy cowboy’s love ‘em and leave ‘em ways have earned him a reputation on the rodeo circuit, and he’s always seen her as his best friend’s kid sister. But after one wild, tequila-fueled night, Celia wakes up to find out she’s gotten herself hitched—to a man she never should have married! When Celia insists on an annulment, Kyle has no good reason to say no—except he isn’t ready to let go of his new bride. But then Kyle inherits a sprawling Wyoming ranch, and seizes the opportunity to enlist Celia’s help. She agrees to lend a hand—with two conditions: He has to get up to speed as a rancher within six months; then they’ll get a divorce. And their marriage will be in name only. Kyle gives in to Celia’s demand, yet he's ready to prove to her he has what it takes to turn their one night rodeo into a lifetime of love….

"Without Regret"
By: R.L. Mathewson

Chris Williams is used to making sacrifices. For years he's done his duty by his family and his calling as he awaited the one person that was meant for him. When she finally came into his life she was nothing like the woman he'd expected. Instead of being the warrior ready to help him protect his family and the humans under his care he got.....A computer geek named Isabella, who somehow managed to get her name on every Master's hit list. One minute she admits that she'd made a foolish mistake and the next she's kidnapped, held hostage by a crazy cult who steals her chocolate and she's sure is after her program, a program she has no plans on giving up anytime soon. As she tries to keep her wits about her the sexiest man she's ever seen claims her, only he doesn't seem to happy about it. It's clear that he doesn't want her, but the stubborn man just won't let her go even when it's clear that he may not have a choice

Miranda Ellis is a woman tormented. Plagued since birth by a strange and powerful gift, she has spent her entire life struggling to control her exceptional abilities. Yet one innocent but irreversible mistake has left her family's fortune decimated and forced her to wed London's most nefarious nobleman.
Lord Benjamin Archer is no ordinary man. Doomed to hide his disfigured face behind masks, Archer knows it's selfish to take Miranda as his bride. Yet he can't help being drawn to the flame-haired beauty whose touch sparks a passion he hasn't felt in a lifetime. When Archer is accused of a series of gruesome murders, he gives in to the beastly nature he has fought so hard to hide from the world. But the curse that haunts him cannot be denied. Now, to save his soul, Miranda will enter a world of dark magic and darker intrigue. For only she can see the man hiding behind the mask.

"Wrangled & Tangled"
By: Lorelei James
Janie Fitzhugh and Abe Lawson have long been divorced and living apart. Now she's back in town, a changed woman-making cattleman Abe want to wrangle an invitation to her bed...
To get his dream ranch, Renner Jackson has partnered with spoiled daddy's girl Tierney Pratt. She thinks she can handle this cowboy, but Renner won't make it easy. Little do they know they will be entangled in ways neither dreamed possible. 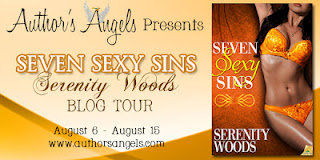 Don't forget to enter for a chance for an Amazon Gift Card!