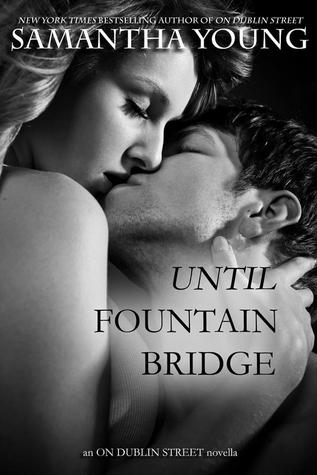 Ellie Carmichael had a crush on Adam Sutherland, her brother, Braden’s, best friend, for years, and although Adam treated her with proprietary concern he made it clear he thought of her only as a little sister.

Over the years, as Ellie’s crush develops into love, her romantic idealism makes it difficult for her to move on. To make matters worse, as she’s gotten older,

Adam’s attitude has changed toward her. His affection for her is now joined by attraction, but his loyalty to Braden, and his fear of losing the only family he has, stops him from claiming Ellie the way she wishes he would.

But one night his attraction is put to the test, and as much as Adam would like things to remain the same everything changes between them in a simple brush of the lips.

Soon lust, love, jealousy and heartbreak combine to force change upon their relationship… and Adam discovers the hard way that life is too damn short to spend it on regret.

My Thoughts
Ellie Carmichael and Adam Sutherland are the “other” couple in On Dublin Street. About as central to the story as the two main characters, the reader finds themselves immersed in their love story as much as Braden’s and Joss’. With Until Fountain Bridge, we get a first seat look at their incredibly and long lived love story with bits and pieces we all remember from the first book.
Ellie has loved Adam as long as she has known him. As a teenager with a crush and growing into a woman in love, Ellie strains to become more than just a friend. Adam is resistant and even though he feels an attraction and a deep friendship for Ellie, he is ultimately resistant because Ellie’s brother is his best friend.
Ellie and Adam’s story is basically told through On Dublin Street, so readers won’t find anything explosive in this new novel. With that said, I absolutely loved the look at the early years of the Ellie and Adam friendship and behind the scenes looks at different parts of the book. Sure we knew they were arguing at this point or that, but why.
Samantha Young does a fantastic job of writing characters. What happened, two people fell in love, we know that. But why read this book? The characters absolutely sweep you away and jump off the page. I thought I knew Ellie but I saw an entirely new dimension within these 80 pages.


Note: Until Fountain Bridge is a special novella Samantha Young is offering to people who preorder Down London Road (available May 2013). Check out her website for more information.


Book Details
# of Pages: 80
Date of Publication: March 2013
Source: From the Author