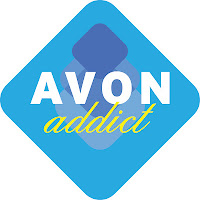 So a few weeks ago I received an awesome
e-mail from Avon.

I was chosen to become an Addict!

Already being a huge fan of Avon Romance,
I was thrilled to say the least.

So for the next six months, I will talking a whole lotta Avon. So be prepared for awesomeness.

I've already read a ton of great romance.
FYI Jennifer Seasons has an amazing new baseball series I'm going to be talking a lot about in a few weeks.

This past weekend, I also received my first Avon Addict package.
I had heard from the Facebook group the boxes were coming, so I waited in anticipation. When I got home from work on Friday, this lovely lovely box was waiting for me.
Seriously, couldn't believe all of the goodies that were inside. Love me some Candis Terry and I'm incredibly excited to have multiple copies to share.

Stephanie Evanovich is a new author to me (woot woot) and I'm excited to try Lisa Marie Rice. Caroline Linden is always lovely and Lori Wilde? How much better could it be?
I honestly don't think I need to say anything about this - but I'm definitely smilin'
I'm excited to invite you on my journey as an Addict. I've read some great books already and I'm currently reading Caroline Linden's Love and other Scandals from the box.

Thank you to Avon for this awesome opportunity. Watch for fun reviews, stories, and maybe even a giveaway or two!

Before you leave, be sure to check out this great video from the Romantic Times Convention this past May. I went to the Avon party but you won't see me in the background. It was so stinkin' fun to go and I was able to meet Lorraine Heath, Sarah MacLean, and so many other authors. It may have been the best part of the entire convention to be honest.
Posted by The Brunette Librarian at 8:00 AM

Email ThisBlogThis!Share to TwitterShare to FacebookShare to Pinterest
Labels: Avon