It's Monday! What are you reading?? 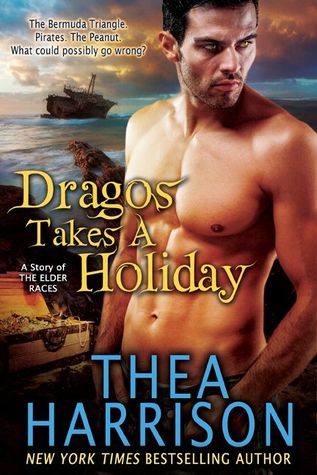 The Bermuda Triangle. Pirates. The Peanut. What could possibly go wrong?

Dragos Cuelebre needs a vacation. So does Pia, his mate. When the First Family of the Wyr head to Bermuda for some much needed R&R, it's no ordinary undertaking - and no ordinary weekend in the sun. Between hunting for ancient treasure buried beneath the waves and keeping track of their son, Liam—a.k.a. Peanut, whose Wyr abilities are manifesting far ahead of schedule—it’s a miracle that Pia and Dragos can get any time together.

They're determined to make the most of each moment, no matter who tries to get in their way.

And did we mention pirates? 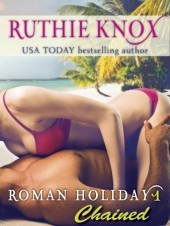 Ashley Bowman is having a bad week. Reeling from the death of her beloved grandmother, she returns to the Florida Keys only to learn that a heartless Miami developer has gotten hold of the crappy vacation rentals she calls home. Ashley has one day to clear out before Roman Díaz destroys the only place in the world that matters to her. Chaining herself to a palm tree in the bulldozers’ path seems like a good way to stop him . . . until she realizes she should’ve brought food and water. And pants. Also, it would help if the evil developer weren’t so ridiculously hot.
The last thing Roman Díaz needs is some sun-kissed blond protester getting her picture in the newspaper and messing up his plans. He bought the property fair and square, and the resort he wants to build on the site is the key to realizing his highest ambitions. But when a hurricane blows through, Roman has to hustle Ashley to safety if he wants to protect his reputation—and that means giving in to her unreasonable demands.
Roman needs to learn a little compassion, and Ashley’s decided to teach it to him . . . even if she has to drag him all over the Eastern Seaboard to do it.

So how about you?
What are you reading this week?
Posted by The Brunette Librarian at 7:26 PM