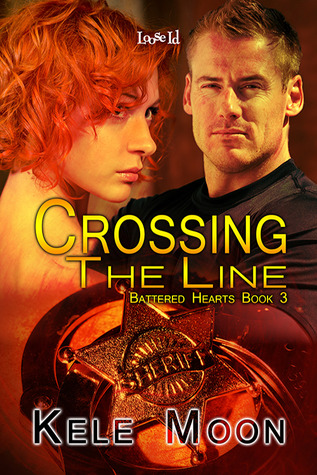 Crossing the Line
By: Kele Moon

Wyatt Conner is a hard man. A sixth generation sheriff in his hometown of Garnet. A former MMA fighter. His life is about following the rules and making sure everyone else in Garnet follows them too.

Despite the danger, Tabitha is powerless against the wild rush of desire that explodes between them the moment she finds herself in Wyatt’s arms again. She needs a second chance too, but she can't risk Wyatt finally discovering the real reason she left.


I'm kind of in a funk this week...
what are you reading?
Posted by The Brunette Librarian at 7:27 PM