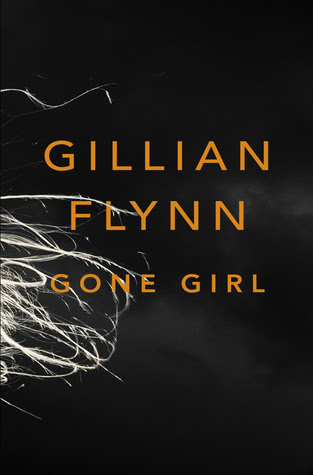 Gone Girl
By: Gillian Flynn
On a warm summer morning in North Carthage, Missouri, it is Nick and Amy Dunne’s fifth wedding anniversary. Presents are being wrapped and reservations are being made when Nick’s clever and beautiful wife disappears from their rented McMansion on the Mississippi River. Husband-of-the-Year Nick isn’t doing himself any favors with cringe-worthy daydreams about the slope and shape of his wife’s head, but passages from Amy's diary reveal the alpha-girl perfectionist could have put anyone dangerously on edge. Under mounting pressure from the police and the media—as well as Amy’s fiercely doting parents—the town golden boy parades an endless series of lies, deceits, and inappropriate behavior. Nick is oddly evasive, and he’s definitely bitter—but is he really a killer?

So, this week has been crazy. I finished Gone Girl and haven't even had a chance to pick up anything else. My Grandma has been sick and living with us on and off for about three weeks...on Friday we actually had her in the Emergency Room and they almost life flighted her to another hospital. Luckily, everything worked out and she was able to come back home with us. So, between working full time, keeping up normal stuff AND taking care of my Grandma, life has been wild.
So, what have you read this week?
Posted by The Brunette Librarian at 10:00 PM