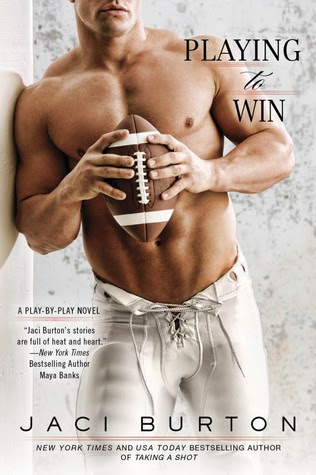 Playing to Win
By: Jaci Burton
Football star Cole Riley is notorious for doing as he pleases—on the field and off. He parties hard and fights harder, but if he doesn’t clean up his act, his career is over—so Cole reluctantly agrees to work with image makeover consultant Savannah Brooks. He’s not used to being told what to do, especially by some (admittedly hot) Southern belle. As for Savannah, she’s not convinced she can transform this cocky (and aggressively sexy) force of nature. But she’s determined to give it her best shot.
When the sparks start to fly, Savannah lays down the ground rules: no personal complications. If she can turn off the tingle she feels every time Cole gives her a hot stare with his gorgeous baby blues, he can turn off his desire as well. But for two people determined to have it all, a hands-off policy can only last so long before one of them yields. 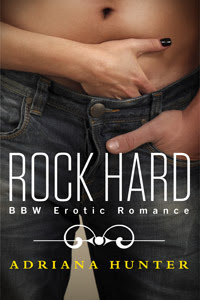 Rock Hard
By: Adriana Hunter
Curvy single Kate Preston is about to come face to face with her worst nightmare when she's forced to interview her college boyfriend, now world famous rocker, Gage Stevens.Their breakup was a messy one. Kate wanted Gage to ditch the dream of becoming a rockstar for a "stable" job but Gage refused to give up. Years later, his hard work and dedication has paid off with millions of fans worldwide and three album's going triple-platinum.With her job as an entertainment columnist on the line, Kate has no choice but to follow through with the exclusive interview. Only Gage doesn't know that it's Kate who will be conducting it.When they meet face to face, sparks fly, and the room is charged with electric, undeniable heat. A mixture of pain and pleasure, where history means something and instant attraction is remembered and perhaps rekindled.Can Gage look beyond the past and ever see Kate as anything but a cold heartbreaker who abandoned him? Will the plus sized beauty Kate be able to get past her own insecurities to take a chance on the rock God? 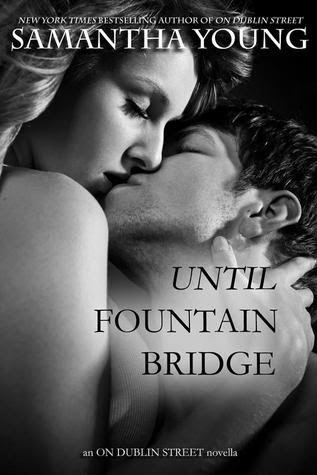 Ellie Carmichael had a crush on Adam Sutherland, her brother, Braden’s, best friend, for years, and although Adam treated her with proprietary concern he made it clear he thought of her only as a little sister. Over the years, as Ellie’s crush develops into love, her romantic idealism makes it difficult for her to move on. To make matters worse, as she’s gotten older, Adam’s attitude has changed toward her. His affection for her is now joined by attraction, but his loyalty to Braden, and his fear of losing the only family he has, stops him from claiming Ellie the way she wishes he would. But one night his attraction is put to the test, and as much as Adam would like things to remain the same everything changes between them in a simple brush of the lips. Soon lust, love, jealousy and heartbreak combine to force change upon their relationship… and Adam discovers the hard way that life is too damn short to spend it on regret. 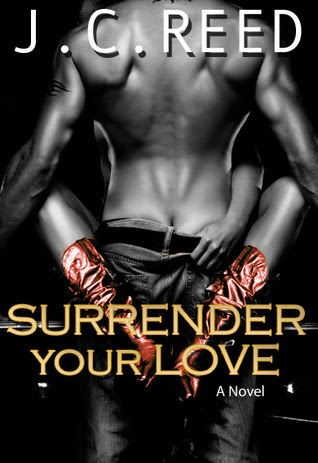 Surrender Your Love
By: J.C. Reed
Meeting Jett was like lightning. Dangerous. Better left untouched. And better forgotten. But lightning always strikes twice.
Brooke Stewart, a realtor in New York, doesn’t do relationships. When she’s sent to a remote estate to finalize a real estate deal, she discovers her new boss is no other than the guy she left naked in bed.Sexy, dangerously handsome, and arrogant Jett Mayfield attracts trouble, and women, like a lightning rod. But the night he meets Brooke he gets more than he bargained for. The green-eyed millionaire playboy isn’t used to taking no for an answer, and he isn’t about to start now.When he proposes two months of no strings sex, Brooke is intrigued and accepts his proposal. Little does she know Jett’s determined to claim the one woman he can’t have, pulling her deeper into his dangerous world.A man who doesn't take 'no' for an answer.A woman afraid to surrender to love.Two lives that are about to cross...and secrets laid bare.

What are you reading this week?
Posted by The Brunette Librarian at 9:00 PM