"Finding Me" By: Michelle Knight Review 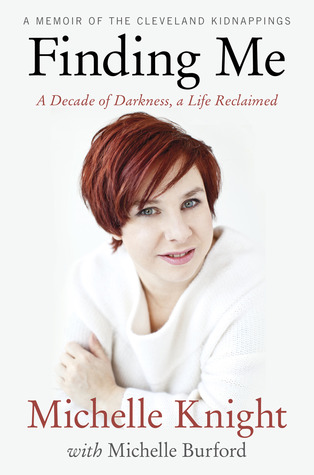 Finding Me
By: Michelle Knight

Michelle was a young single mother when she was kidnapped by a local school bus driver named Ariel Castro. For more than a decade afterward, she endured unimaginable torture at the hand of her abductor. In 2003 Amanda Berry joined her in captivity, followed by Gina DeJesus in 2004. Their escape on May 6, 2013, made headlines around the world. Barely out of her own tumultuous childhood,


Michelle was estranged from her family and fighting for custody of her young son when she disappeared. Local police believed she had run away, so they removed her from the missing persons lists fifteen months after she vanished. Castro tormented her with these facts, reminding her that no one was looking for her, that the outside world had forgotten her. But Michelle would not be broken. In


Finding Me, Michelle will reveal the heartbreaking details of her story, including the thoughts and prayers that helped her find courage to endure her unimaginable circumstances and now build a life worth living. By sharing both her past and her efforts to create a future, Michelle becomes a voice for the voiceless and a powerful symbol of hope for the thousands of children and young adults who go missing every year.


My Thoughts
I was astonished by the news reports when Michelle Knight was liberated from captivity in Cleveland. I had looked forward to hearing Michelle’s story and when I saw that she had a book coming out, I immediately made sure my library purchased the book. Reading this account through Michelle’s words was horrific, heartbreaking,  awe inspiring, and ultimately a story of survival when dealing with monsters.
Michelle Knight was taken and held hostage by Ariel Castro for over a decade. Blockaded in a house in Cleveland, Michelle was held with two others and suffered unimaginable abuse at the hands of her captor. Sexual, mental and physical abuse was a daily occurrence.
I felt as if the book was written in a conversational style that really worked for me. While horrific, I could feel Michelle’s spirit. While graphic in places, the book wasn’t nearly as graphic as I’m sure it could have been. In the end, Michelle seems to have accepted that bad things happen but isn’t about to let it shape her future life. Trying to better herself, Michelle is going to school, meeting new people and isn’t going to let her past effect who she is going to become.
Not for the weak of heart, Finding Me is an amazing story of survival. A fast read, Michelle’s story touched my heart in a way that I can’t really explain. Painful to read, Michelle is now a story of hope.