"Mother of the Bride"
By: Lynn Michaels

In a family of jet-setters and lovable eccentrics, Cydney Parrish is the stable, sensible one, always with her feet firmly planted on the ground. Maybe that’s why she ended up raising her sister’s daughter Bebe. Now Bebe is all grown up and about to marry the nephew of the handsome and reclusive author Angus Munroe. Between planning the wedding, dealing with her high maintenance kin, and facing a future with only a cat for company, Cydney has her hands full. But she isn’t too busy to notice that aside from being pushy and generally infuriating, Gus Munroe may just be the man of her dreams.Angus Munroe is not about to let his only nephew throw his future away on some ditzy debutante. He flies into town determined to “speak now and never hold his peace”–but ends up instead with a broken nose, a slight limp, and his mountainside home invaded by the bride-to-be’s family. He’s pretty certain it is all the wedding planner’s fault. Aunts aren’t supposed to be sexy, but someone obviously forgot to tell the irresistible Cydney Parrish. . . .

"My First Ladies"
By: Nancy Clarke
In this book Nancy Clarke reveals the touching, funny, and illuminating story of what it was like to serve under six administrations and to help each first lady find her own personal style when it came to planning flower designs, state dinners, and holiday festivities in the White House. Readers learn how Nancy gave comfort to Nancy Reagan when she discovered she had cancer and how she helped Laura Bush to gain the confidence to select bright, bold flower arrangements over the more conservative palettes she had used in her first years as first lady. See the deep bond that developed between Nancy Clarke and Barbara Bush and feel what it was like to be standing in a bunker right next to President Bush in the days following 9/11. Only Nancy Clarke can reveal the inside story of what it was like to work for more than 30 years in the White House she called her second home.

For prim and shy Daphne Wade, the sweetest guilty pleasure of all is secretly watching her employer, Anthony Courtland, the Duke of Tremore, as he works the excavation site on his English estate. Anthony has hired Daphne to restore the priceless treasures he has been digging up, but it's hard for a woman to keep her mind on her work when her devastatingly handsome employer keeps taking his shirt off. He doesn't know she's alive, but who could blame her for falling in love with him anyway?

Anthony thinks that his capable employee knows all there is to know about antiquities, but when his sister decides to turn the plain young woman in gold-rimmed glasses into an enticing beauty, he declares the task to be impossible. Daphne is devastated when she overhears… and determined to prove him wrong. Now a vibrant and delectable Daphne has emerged from her shell, and the tables are turned. Will Anthony see that the woman of his dreams has been right there all along? 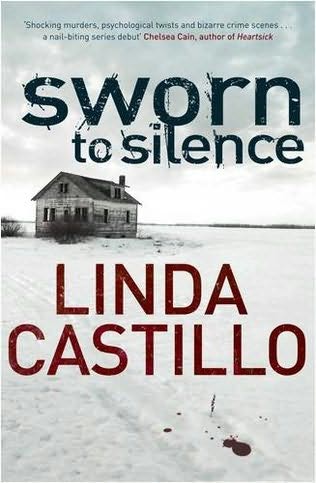 Posted by The Brunette Librarian at 9:31 PM