FEATURE AND FOLLOW FRIDAY IS A BLOG HOP PUT TOGETHER BY TWO HOSTS: PARAJUNKEE AND ALISON CAN READ AS A WAY TO HELP BLOGGERS BECOME AWARE OF OTHER BLOGS AND BLOGGERS.

The absolute best book I have read in the past month would have to be... 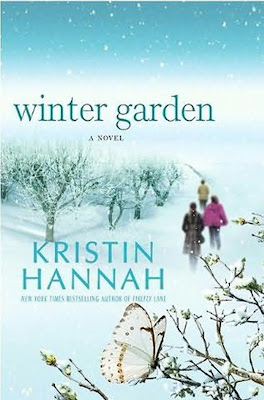 Meredith and Nina Whitson are as different as sisters can be. One stayed at home to raise her children and manage the family apple orchard; the other followed a dream and traveled the world to become a famous photojournalist. But when their beloved father falls ill, Meredith and Nina find themselves together again, standing alongside their cold, disapproving mother, Anya, who even now, offers no comfort to her daughters. As children, the only connection between them was the Russian fairy tale Anya sometimes told the girls at night. On his deathbed, their father extracts a promise from the women in his life: the fairy tale will be told one last time—and all the way to the end. Thus begins an unexpected journey into the truth of Anya’s life in war-torn Leningrad, more than five decades ago. Alternating between the past and present, Meredith and Nina will finally hear the singular, harrowing story of their mother’s life, and what they learn is a secret so terrible and terrifying that it will shake the very foundation of their family and change who they believe they are.

Reasons: Amazing characters, heart breaking story, and a GREAT book club book. We had a ball discussing this one because there is just so much there! Mental issues, Mother-Daughter drama, history, families, work...you can definitely identify with this one.

The worst book I've read this past month would be... 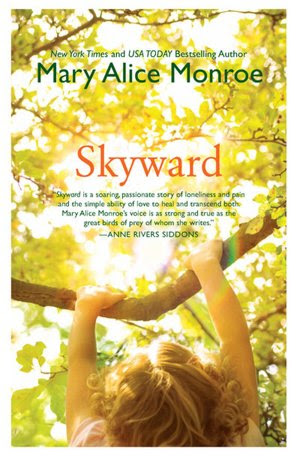 
E.R. nurse Ella Majors has seen all the misery that she can handle. Burned-out and unsure of her next step, she accepts the temporary position as caregiver to Marion Henderson, a frightened five-year-old who suffers from juvenile diabetes.
But Ella soon realizes there is more sorrow in the isolated home than the little girl's illness. Harris Henderson, a single father, is withdrawn, seemingly better able to deal with wild birds he rehabilitates in his birds-of-prey sanctuary than with his own daughter.
Then something magical begins to happen: the timeless beauty of the South Carolina coast and the majestic grace of the wild birds weave a healing spell on the injured hearts at the sanctuary. But a troubled mother's unexpected return will test the fragile bonds of trust and new love, and reveal the inherent risks and exhilarating beauty of flying free.

Reasons: I just couldn't get into this one. I started reading and it just reminded me too much of Jane Eyre so I put it away. Everyone in my book group enjoyed it, but me...so its just a little different for my tastes.

What about you?
Posted by The Brunette Librarian at 9:15 AM