For library folks, we love to participate in this weeklong celebration of books, the freedom to read and of course, why banned books should NEVER occur. 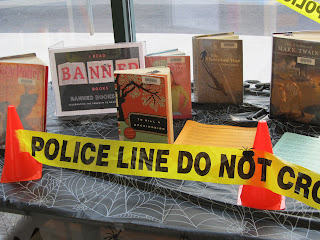 
Banned Books Week is an annual event celebrating the freedom to read. Typically held during the last week of September, it highlights the value of free and open access to information. Banned Books Week brings together the entire book community –- librarians, booksellers, publishers, journalists, teachers, and readers of all types –- in shared support of the freedom to seek and to express ideas, even those some consider unorthodox or unpopular.

By focusing on efforts across the country to remove or restrict access to books, Banned Books Week draws national attention to the harms of censorship. 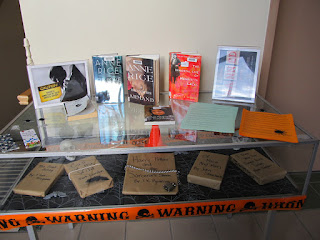 In August 2012, the American Library Association released the top 10 contested books of 2011.

2011 Most Contested Books as compiled by the ALA

*A challenge is defined as a formal, written complaint filed with a library or school requesting that a book or other material be restricted or removed because of its content or appropriateness. 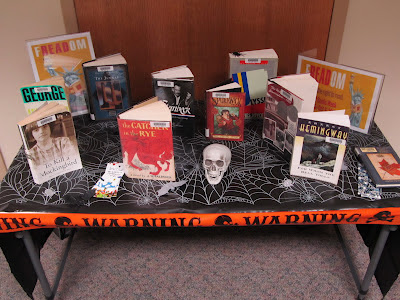 As a librarian and frankly, as a reader, I don't feel ANYONE has any right to tell me what to read or to prohibit me from reading what I want.

Fight for your right - to read!


Read a banned book today
Celebrate our freedom AND our right to read!

Check back on Tuesday, October 2nd for a BBAW giveaway
Posted by The Brunette Librarian at 10:00 AM