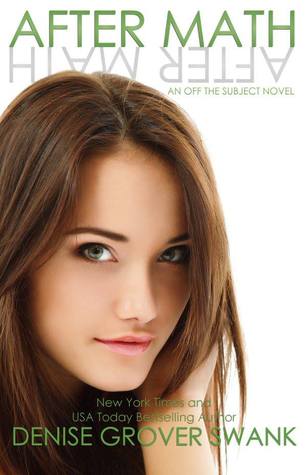 
Before she agreed to tutor Tucker Price, college junior Scarlett was introvert, struggling with her social anxiety and determined to not end up living in a trailer park like her mother and her younger sister. A mathematics major, she goes to her classes, to her job in the tutoring lab, and then hides in the apartment she shares with her friend, Caroline.

After junior Tucker Price, Southern University’s star soccer player enters the equation, her carefully plotted life is thrown off its axis. Tucker’s failing his required College Algebra class. With his eligibility is at risk, the university chancellor dangles an expensive piece of computer software for the math department if Scarlett agrees to privately tutor him. Tucker’s bad boy, womanizer reputation makes Scarlett wary of any contact, let alone spending several hours a week in close proximity.

But from her first encounter, she realizes Tucker isn’t the person everyone else sees. He carries a mountain of secrets which she suspects hold the reason to his self-destructive behavior. But the deeper she delves into the cause of his pain, the deeper she gets sucked into his chaos. Will Scarlett find the happiness she’s looking for, or will she be caught in Tucker’s aftermath?

My Thoughts
Scarlett is a college Junior working in the Mathematics department and just trying to get through one day at a time. An extreme introvert, Scarlett is flabbergasted when the Dean suggests she tutor soccer star Tucker Price. He’s rude, he thinks he’s entitled, he can be sarcastic but at times when they are alone, he seems like a different person. As Scarlett comes out of her shell and Tucker learns there can be more to life than soccer, they slowly fall in love and become better versions of themselves.
In a world inundated with New Adult fiction right now, I was happy to see a new take on the genre. Swank’s voice seemed original and fresh and I fell into the story quickly. As with some of the greatest library finds, I picked this one purely for the cover and am glad I did.
Well written characters, I sometimes empathized with Scarlett and at other times became extremely flabbergasted with her. Which can be a good or a bad thing, depending on the day. I did care for her though, and understood her motivations for a majority of the time. Tucker was a jerk for much of the book and I admit to not liking him much, but in the end he totally redeems himself and actually becomes one of my favorite characters by the second book. (He’s kickin’ some butt and takin’ some names in Redesigned.)
A fresh voice in the New Adult genre, I enjoyed After Math so much I immediately purchased the second book in the series. And to be completely honest, I think I even liked Redesigned a teensy bit more. Great world building, with an even better cast of characters, Denise Grover Swank is a new author for me to definitely watch.


Off the Subject Series
1. After Math
2. Redesigned
3. Business As Usual