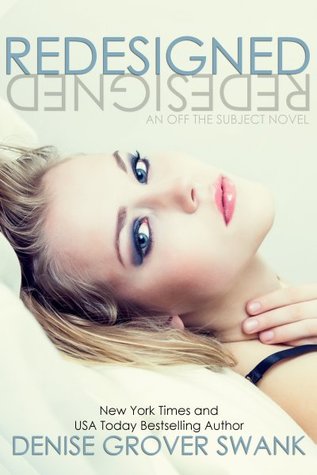 While fashion design major Caroline Hunter may have been born economically unlucky, in college, she’s been lucky in love. Until her senior year at Southern University. She’s gone from a serious long term boyfriend to a string of crappy dates. Then she meets mathematics grad student Reed Pendergraft.


Reed is everything she’s not looking for. Serious. Headed for a low paying university job. Boring. Caroline spent the first eighteen years of her life wondering where her next meal was coming from. She sure wasn’t getting trapped in that life again with a man living on a professor’s salary.


An encounter with Reed in a club proves she might have pegged him wrong. He brings out a lusty side she never knew she had. But just when she’s about to give in to her hormones, Reed makes a fool out of her.


When she shows up for the first committee meeting for Southern University’s Fall fashion show, a fundraiser for underprivileged kids, Caroline’s horrified to discover the insufferable Reed is the committee chairman. While she refuses to tolerate his totalitarian rule of the committee, she’s not sure she’ll survive the month with her heart—and her pride—intact. Just when she thinks she has everything figured out, she finds that her entire life has been redesigned, thanks to Reed Pendergraft.

Coming from a backwoods trailer park in Tennessee, Caroline Hunter is determined to rise above her penniless past and become something great. Studying hard to become a designer, Caroline doesn't leave much room in her life for boys. The guys Caroline does go for seem to have money and a little prestige, almost the complete opposite of her past. When Caroline meets Reed Pendergraft at a college party, she is both attracted to him and strangely argumentative.
Yet Reed isn't exactly who Caroline thinks he is. He isn't a penniless college graduate student, he is actually something that is so much more. Not wanting to be desired for his influence, he keeps his secret from everyone, including Caroline. Having to work together on a fall fashion show, that has the possibility to create Caroline's career or reveal Reed for who he is, allows for the duo to really get to know one another and in turn, fall for eachother.
Having read the previous book, After Math, I recognized Caroline as being Scarlett's best friend. I don't really remember having an opinoin about her one way or the other, but I absolutely adored Caroline in this book. Sassy, funny, and desperate to succeed, Caroline shines. Her verbal sparring with Reed is quick and sharp witted and Reed gives as good as he gets. I devoured the book within just a few hours and honestly was disappointed I'm going to have to wait a few weeks until #3 comes out, featuring Reed's sister.
Witty and fun, I loved Redesigned. Funny and heartfelt, Reed and Caroline's relationship grows from argumentative attacks on one another to smoking hot scenes that scorch the pages. Business As Usual, featuring Reed's sister Lexi, is expected to be published in April and I can't wait!

Off the Subject Series
1. After Math
2. Redesigned
3. Business As Usual