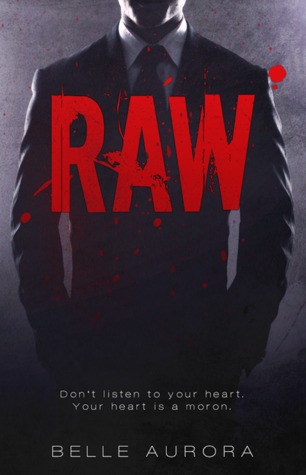 Growing up the way I did, you’d think I’d be more screwed up than what I actually am.


Soon as I turned sixteen, I left that bump in the road I called home and took my chances on the street.


Best decision I ever made.


Now, at the age of twenty six, I’m educated, employed and damn good at my job.
My friends have become my family. Like me, they know what it’s like to grow up unloved.
But the saying is true.
The world makes way for those who know where they are going.
That’s me.
I know where I’m going and I’ll get there eventually. On my own terms and at my own pace.
But then there’s him.
I feel his eyes on me. I see him hiding in plain sight. He watches me.
He makes me feel.
It’s unconventional.
But it’s real.
I’m sure you’re wondering how a person falls in love with their stalker.
So am I.
This isn’t a story.
This is my life.

Lexi, living in Australia, works as a social worker dealing specifically with children and teens. Having lived through a tough childhood and even spending time on the streets, Lexi now does what she can to ensure no other teen has to go through what she went through. Slowly, she has been noticing a man watching her from the shadows. Never really too concerned, until she is attacked outside of her apartment, Lexi’s stalker becomes her savior.
Twitch has been watching Lexi for a long time. Attracted to her and thinking she’s in need of someone to save  her from herself, Twitch watches her from the shadows. Disreputable an less than law abiding, Twitch is intense and strong in his beliefs. When he finally makes his move to bring himself closer to Lexi, he can no longer keep himself away, even if it might be better for everyone involved.


Raw is what I felt when I finished Raw. The ending is emotionally draining and absolutely shocking. I read hundreds of books a year and for something to surprise me this much really tells how different it truly is.

Lexi and Twitch are both such strong and independent characters. I loved how each complemented one another, even though the story itself was so intense. You have to suspend belief a bit (Twitch had apparently knew Alexa when she lived in the US) but I was happily along for the ride. Super sexy and frankly hot, Twitch has got the gift of speech. A bit creepy with the whole watching thing, I was able to put it behind me because of the pure emotional intensity of the characters.
Leaving the ending wide open for a sequel, Belle Aurora delivers with Raw. I actually teared up at the ending that was just emotionally jarring and so unexpected. I can’t wait to see what comes next. Excellently written, sexy, and just plain good, Raw was fantastic.


“Kissing her once more, I tell her without hesitation, "if you promise to never leave me, I will love you. And be good to you. I'll treat you like a queen." My queen. I heard somewhere that a king only bows down to his queen. And I'm bowing down to Lexi.”― Belle Aurora, Raw