It's Monday! What are you reading?

Books I've Read...
Oops! I missed last week, so my "read" books are from the last two weeks :) 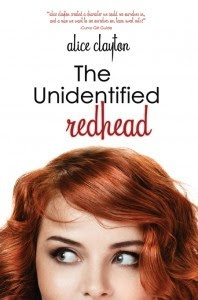 The Unidentified Redhead
By: Alice Clayton
When Grace Sheridan returns to Los Angeles to become a working actor, it's a second shot at a life-long dream. With some help from her best friend and agent, that dream could become a reality, but at thirty-three, has Grace missed her chance at the big time? Will an unexpected sizzling romance with the entertainment industry's newest 'it' boy shine an uncomfortable spotlight on her life? Alice Clayton spins a playful and erotic May to December romance in this, her debut novel. Clayton's funny, borderline neurotic heroine is perfect in her imperfections, and the off the charts sexual chemistry between her and her charming, yet blissfully unaware leading man are the true heart of The Unidentified Redhead. With laugh out loud dialogue and a super steamy romance that will get your heart racing, sneaking around in L.A. and dodging the Paparazzi has never been so fun. 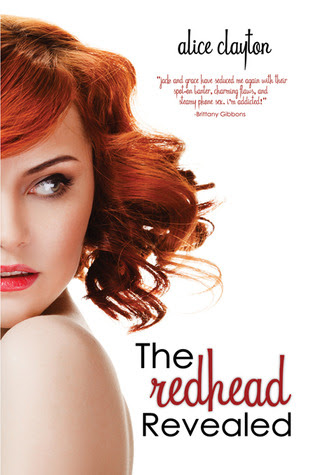 The Redhead Revealed
By: Alice Clayton
As their careers catch fire, Grace and Jack -- everyone’s favorite foul-mouthed, funny, and feisty couple -- find themselves on opposite coasts. Grace has landed in New York City, where she loves being onstage again, particularly because she’s playing a fabulous character in a musical written by her old college flame, Michael. Their rekindled friendship makes exploring the city that much more fun.

Meanwhile, in L.A., Jack can scarcely keep up with the swirling throngs of women who track him everywhere he goes, the endless press appearances, and the ridiculous rules his manager, Holly, keeps concocting for him -- all part of the buildup to the release of Time, his steamy new film.

Alice Clayton brings the second installment of a tale told with her magical mix of humor and heat, so cuddle up under the sheets and flip on the Golden Girls. Grace and Jack are at it again. 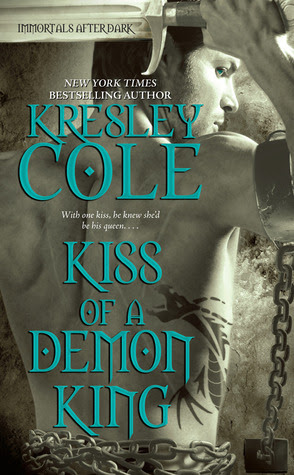 HIS OBSESSION...Sabine, Sorceress of Illusions: the evil beauty who surrenders her body, but not her heart.HER DOWNFALL...Rydstrom Woede: the ruthless warrior who vows to keep her at all costs.THEY WERE NEVER SUPPOSED TO WANT EACH OTHER THIS MUCH...With each smoldering encounter, their shared hunger only increases. If they can defeat the sinister enemy that stands between them, will Sabine make the ultimate sacrifice for her demon? Or will the proud king lay down his crown and arms to save his sorceress? 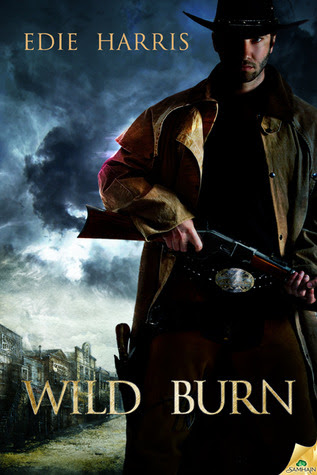 Wild Burn
By: Edie Harris
Infamy weighs heavy on Delaney Crawford’s broad shoulders, first as a supposed Confederate turncoat, then as a relentless hunter of Cheyenne dog soldiers. Summoned to the small mining community of Red Creek, the exhausted, embittered Del is doing what he does best—ridding the town of its savage scourge—when one of his bullets misses the mark.Ex-nun Moira Tully has been working with John White Horse for months to integrate a band of peaceful Cheyenne with the local townsfolk. Now he’s hurt, and she’s been caught in the crossfire. There’s only one man to blame for her simmering anger and the inexplicable attraction that tilts her heart on its axis. Del.When Del is forced to acknowledge the truth that the Cheyenne are no threat, his task just gets more complicated: fighting a wild attraction that catches flame at the most inconvenient times, and figuring out the treacherous motives behind his hiring.But the most heart-wrenching challenge could be overcoming sordid pasts that won’t stay in the past—pasts that threaten to bury all hope of happily ever after. 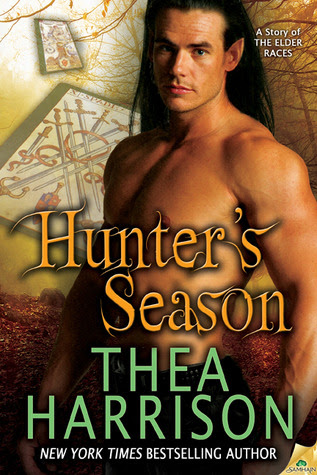 Hunter's Season
By: Thea Harrison
As a palace guard and assassin for the Dark Fae, Xanthe always wore a mask, hiding her emotions to do her duty. But when her identity is compromised, she trades undercover work for guarding Queen Niniane—a position that often brings her in contact with Chancellor Aubrey Riordan.Aubrey’s trust is shattered. A year ago his wife tried to assassinate their new queen in his name, a betrayal of everything he believes in. And now an attack on his life is proof the dark conspiracy is not yet over. Although injured and weak, Aubrey can’t help but be drawn to this shy assassin and loyal protector. Xanthe is everything Naida wasn’t, and the passion she stirs in him is something he thought had long passed him by.

The Murderer's Daughters
By: Randy Susan Meyers
Lulu and Merry’s childhood was never ideal, but on the day before Lulu’s tenth birthday their father drives them into a nightmare. He’s always hungered for the love of the girl’s self-obsessed mother; after she throws him out, their troubles turn deadly.Lulu’s mother warned her to never let him in, but when he shows up, he’s impossible to ignore. He bullies his way past ten-year-old Lulu, who obeys her father’s instructions to open the door, then listens in horror as her parents struggle. She runs for help and discovers upon her return that he’s murdered her mother, stabbed her sister, and tried to kill himself. For thirty years, the sisters try to make sense of what happened. Their imprisoned father is a specter in both their lives, shadowing every choice they make. Though one spends her life pretending he’s dead, while the other feels compelled to help him, both fear that someday their imprisoned father’s attempts to win parole may meet success.

January 19th we celebrated Daisy's seventh birthday. She's one onery weenie dog but I can't imagine my life without her. She's my best reading buddy :) AND she really liked the piece of cookie she was given!
Posted by The Brunette Librarian at 8:52 PM