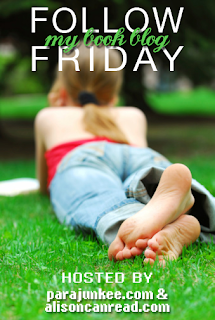 Feature and Follow Friday is a blog hop put together by two hosts:  Parajunkee and Alison Can Read as a way to help bloggers become aware of other blogs and bloggers. It's a great way to make new blogger friends.

Q: In light of 11.11.11 and Veteran’s Day tell us about your favorite solider and how he or she is saving the world. Fictional or real life.

I thought I'd talk about
the only female winner of the Medal of Honor:
Mary Edwards Walker 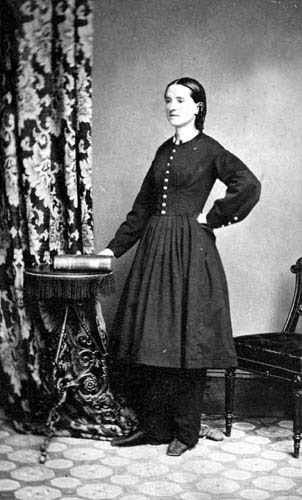 I've been doing a program this week about veteran's...and the people are so surprised that only one woman has won the Medal of Honor. It was over 100 years ago, but her story is pretty extraordinary.
Mary received her medical degree before the Civil War. She worked as a doctor and when the Civil War began, she volunteered to serve as a medic. The military looked down on her...she was a woman, she couldn't possibly be a competent doctor.
They finally realized her abilities in the field and Mary was known for rushing into battle and helping suffering soldiers. She worked as an unpaid field surgeon near the Union front lines and was an intregal part of the medical teams in several battles including the Battle of Fredericksburg, Chattanooga and the Battle of Chickamauga.
After the war, Mary was given a pension of  $8.50 (later raised to $20). She lived the rest of her life as a doctor and spent a lot of time administering to women's hospitals and orphan's homes.
She was given the Medal of Honor for her services in the war. Walker was recommended for the Medal of Honor by Generals William Tecumseh Sherman and George Henry Thomas. On November 11, 1865, (146 years ago today!!) President Andrew Johnson signed a bill to present her the medal, specifically for her services at the First Battle of Bull Run. 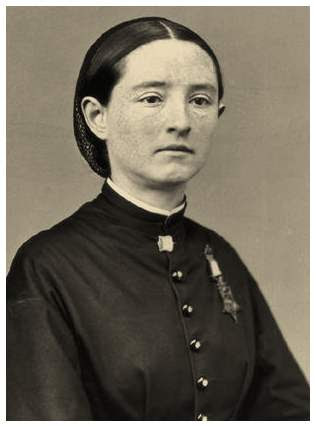 So here's the kicker...They TOOK AWAY HER MEDAL! Yep, Congress passed a law in 1917 that stripped Mary of her Medal. The Army said it was because she was a civilian, but who knows the real reason. Mary refused to give the Medal of Honor back and wore it every day.
An amazing woman, definitely a progressive before her time. She is one of the reasons America is great...paving the way for women in other fields and areas and saving lives while she's doing it. :)
Posted by The Brunette Librarian at 9:48 PM