It's Monday - What Are You Reading?

"Jane in Bloom" By: Deborah Lytton

Jane's big sister, Lizzie, has always been the center of attention. No one ever pays attention to boring, plain Jane. But when Jane's twelfth birthday marks the beginning of Lizzie's fi nal descent into a fatal eating disorder, Jane discovers that the only thing harder than living in her big sister's shadow is living without her.     In the wake of tragedy, Jane learns to look through her camera lens and frame life differently, embracing her broken family and understanding that every girl has her season to blossom. Spare and vulnerable prose marks this beautiful debut that is at once heartbreaking and uplifting.

"Purple Heart"
By: Patricia McCormick
When Private Matt Duffy wakes up in an army hospital in Iraq, he's honored with a Purple Heart. But he doesn't feel like a hero.
There's a memory that haunts him: an image of a young Iraqi boy as a bullet hits his chest. Matt can't shake the feeling that he was somehow involved in his death. But because of a head injury he sustained just moments after the boy was shot, Matt can't quite put all the pieces together.
Eventually Matt is sent back into combat with his squad—Justin, Wolf, and Charlene—the soldiers who have become his family during his time in Iraq. He just wants to go back to being the soldier he once was. But he sees potential threats everywhere and lives in fear of not being able to pull the trigger when the time comes. In combat there is no black-and-white, and Matt soon discovers that the notion of who is guilty is very complicated indeed.

"Small Town Sinners"
By: Melissa Walker
Lacey Anne Byer is a perennial good girl and lifelong member of the House of Enlightenment, the Evangelical church in her small town. With her driver's license in hand and the chance to try out for a lead role in Hell House, her church's annual haunted house of sin, Lacey's junior year is looking promising. But when a cute new stranger comes to town, something begins to stir inside her.
Ty Davis doesn't know the sweet, shy Lacey Anne Byer everyone else does. With Ty, Lacey could reinvent herself. As her feelings for Ty make Lacey test her boundaries, events surrounding Hell House make her question her religion. 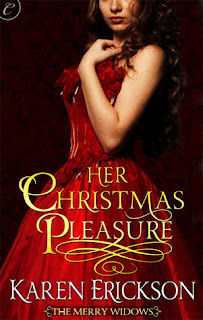 "Her Christmas Pleasure"
By: Karen Erickson
Damien Morton is madly in love. Unfortunately, it's with his best friend's widow, Lady Danver. Damien is not worthy of Celia. Or so he thinks. Desperate to escape his feelings for her, he plans to leave the country at the first of the year. Celia treats him as a family friend and nothing more-until they share a heated kiss beneath the mistletoe...
Celia is shocked by the passions that surge within her at her dear friend's kiss. One touch and one taste aren't enough to satisfy her cravings, and she is startled into action. Damien has stirred something inside her that she never expected to experience again, and she must have more. Full of shameless desire and emotions newly discovered, she decides to pursue Damien and won't be deterred. Will she be able to convince him to stay-both in her heart and life-forever? 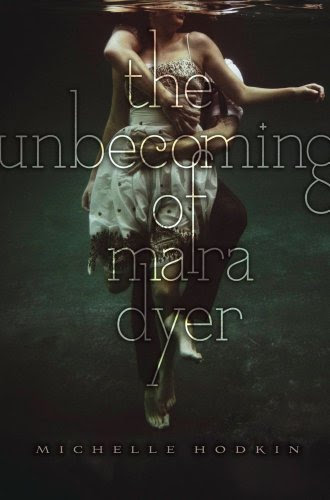 "The Unbecoming of Mara Dyer"


Mara Dyer doesn't think life can get any stranger than waking up in a hospital with no memory of how she got there.
It can.
She believes there must be more to the accident she can't remember that killed her friends and left her mysteriously unharmed.
There is.
She doesn't believe that after everything she's been through, she can fall in love.
She's wrong. 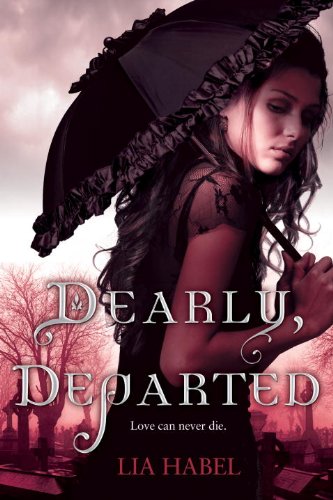 Love conquers all, so they say. But can Cupid’s arrow pierce the hearts of the living and the dead—or rather, the undead? Can a proper young Victorian lady find true love in the arms of a dashing zombie?

The year is 2195. The place is New Victoria—a high-tech nation modeled on the manners, mores, and fashions of an antique era. A teenager in high society, Nora Dearly is far more interested in military history and her country’s political unrest than in tea parties and debutante balls. But after her beloved parents die, Nora is left at the mercy of her domineering aunt, a social-climbing spendthrift who has squandered the family fortune and now plans to marry her niece off for money. For Nora, no fate could be more horrible—until she’s nearly kidnapped by an army of walking corpses.

Posted by The Brunette Librarian at 9:13 PM