It's Monday! - What Are You Reading? 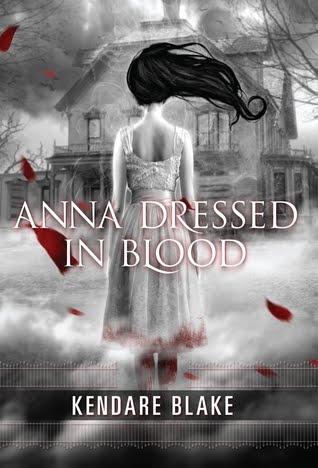 "Anna Dressed in Blood" By: Kendare Blake
Cas Lowood has inherited an unusual vocation: He kills the dead.
So did his father before him, until he was gruesomely murdered by a ghost he sought to kill. Now, armed with his father's mysterious and deadly athame, Cas travels the country with his kitchen-witch mother and their spirit-sniffing cat. Together they follow legends and local lore, trying to keep up with the murderous dead—keeping pesky things like the future and friends at bay.
When they arrive in a new town in search of a ghost the locals call Anna Dressed in Blood, Cas doesn't expect anything outside of the ordinary: track, hunt, kill. What he finds instead is a girl entangled in curses and rage, a ghost like he's never faced before. She still wears the dress she wore on the day of her brutal murder in 1958: once white, now stained red and dripping with blood. Since her death, Anna has killed any and every person who has dared to step into the deserted Victorian she used to call home.
But she, for whatever reason, spares Cas's life. 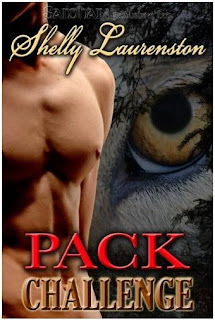 What's an Alpha Male to do when he meets the Alpha Female of his dreams? Step one, hide all sharp objects. All Zach Sheridan ever wanted was to become Alpha Male of his Pack and be left alone. What he definitely didn't need in his life was some needy female demanding his attention. What he never saw coming was the vicious, scarred female who not only demanded his attention but knew exactly how to get it. Sara Morrighan knew this was the best she could expect from her life. Good friends. A nice place to live. And a safe job. But when Zach rode into her small Texas town with his motorcycle club, Sara knew she wanted more. She knew she wanted him. But after one sexy encounter with her dream biker, everything is starting to change. Her body. Her strength. That new thing she's doing with the snarling. Even her best friends are starting to wonder what's going on with her. But this is only the beginning. Sara's about to find out her life was meant for so much more. And Zach's about to find true love with the one woman who makes him absolutely insane.


How much trouble can one small female be to a modern-day shapeshifting Viking? Well.it really depends on local gun laws. Conall Vga-Feilan, direct descendent of Viking shifters, never thought he'd meet a female strong enough to be his mate. He especially didn't think a short, viper-tongued human would ever fit the bill. But Miki Kendrick isn't some average human. With an IQ off the charts and a special skill with weapons of all kinds, Miki brings the big blond pooch to his knees-and keeps him there. Miki's way too smart to ever believe in love and she knows a guy like Conall could only want one thing from her. But with the Pack's enemies on her tail and a few days stuck alone with the one man who makes her absolutely wild, Miki is about to discover how persistent one Viking wolf can be. This book has been previously published and has been revised from its original release.

"The Chosen One" By: Carol Lynch Williams
Thirteen-year-old Kyra has grown up in an isolated community without questioning the fact that her father has three wives and she has twenty brothers and sisters, with two more on the way. That is, without questioning them much---if you don’t count her secret visits to the Mobile Library on Wheels to read forbidden books, or her meetings with Joshua, the boy she hopes to choose for herself instead of having a man chosen for her.
But when the Prophet decrees that she must marry her sixty-year-old uncle---who already has six wives---Kyra must make a desperate choice in the face of violence and her own fears of losing her family forever.
Posted by The Brunette Librarian at 11:05 PM