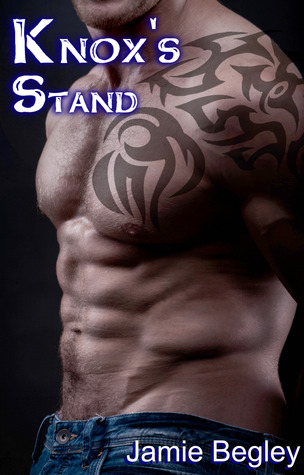 
Knox, a former Navy Seal, has been in several dangerous situations, but nothing compares to dealing with Diamond Richards. Framed for murder, he needs the passionless lawyer to prove his innocence. But when he no longer needs her help, he’s going to show her the passion she’s capable of and walk away a free man.

Diamond plans on earning her huge fee to prove Knox is innocent, but she had no idea the muscled biker could bring out the passion she kept hidden behind her designer clothes. Trying to find a murderer is easier than dealing with The Last Riders and Knox’s sexcapades. He’s going to find out there is one woman worth standing and fighting for, despite his desire for freedom.

This series is like a chocolate cake covered in caramel candies and chocolate icing. It has its faults, and you know its gonna leave you hung over in the morning, but boy do you crave it. An addicting storyline with compelling characters, I have literally devoured the Last Riders Series over a long weekend and now I’m jonesing for my next slice of cake.
Knox has always been the super bad boy of the Last Riders Motorcycle Club. After spending the night with the terrible Sam, he finds himself on the wrong side of the law when she is found dead the next morning. Being the only suspect in a town that hated Sam, Knox needs a defense attorney and he needs one fast.
Enter Diamond, a lawyer in the small town who left the motorcycle life far behind. Her father and mother had lived the life, and now with her own sister part of a club, Di wants to stay as far away as she can from that lifestyle. When the Last Riders Motorcycle club ask her to defend Knox, Di is hesitant at first but eventually sees more to the hardened criminal than he wants anyone else to see.
I enjoyed Di and Knox’s story and loved the constant conflict between the two. These two are complete polar opposites and as they get to know one another, they find there is something in eachother that they truly connect with. My absolute favorite scene is when Diamond takes suspected motorcycle killer Knox home to meet her parents, who are the former leaders of their own motorcycle club. It was fun to see the worlds collide and have Diamond in the middle.
So far this is my favorite of the series. You can see Begley is coming into her own as an author and the grammar errors have been cut down significantly. There are still some which temporarily take you out of the story, but not as many as in the previous stories. Begley also pays more attention to the characters and their motivations, and I just found myself understanding this romance much more than I have previously.
With great characterization of main and secondary characters, far few plot holes and far less grammar errors, it feels like Begley is becoming an author to watch out for. She’s built a rich biker world and I can only seeing it get better!