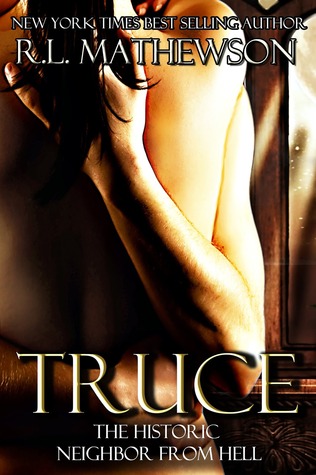 Elizabeth knows what’s expected of her, perfection. She’s the daughter of an Earl and expected to marry well, say and do the right things with a smile on her face when inside she’s dying for a chance to escape. Thanks to an inheritance her godmother left her years ago, her chance will come with her next birthday. Her hopes of escape abruptly end when Robert, her childhood nemesis that she hasn’t seen in over fourteen years, comes back into her life and does everything he can to drive her out of her mind even as he steals her heart.

He hated her.
At least, he tried to hate her, but it was so damn difficult to hate someone that he couldn’t live without. He tried to ignore her, tried to focus on anything but her, but nothing worked. Somehow she made her way into his heart and started to make him want things that he never though possible, made him smile and laugh even while she drove him out of his mind and started a legacy by turning him into…..

Having really enjoyed the first two in the Neighbor From Hell series, I had to know what R.L. Mathewson would do with a historical novel in the same universe. Sarcastic and full of wit, if I hadn’t known Mathewson was the author, once I started I would have immediately recognized her voice.
Taking characters from the first two books and incorporating them in this historical was a smart move and I loved the small update of the characters I so loved. Going back in time to the beginning of the family line, we meet Elizabeth and  her arch nemesis Robert Bradford. Their families were friends but both Elizabeth and Robert hated one another since childhood. Pranks and name calling permeated their younger years and more than a decade goes by with neither seeing one another.
When Robert and Elizabeth do see one another again, it is at a ball. Neither recognize the other and for an instant, they are friends. An insane attraction develops between the two but before it can grow into something more, their real identities are revealed. Temporarily caught in their pasts, Robert and Elizabeth find it hard to overcome their shared histories. When they finally can express their real feelings, they must battle their families who have a hard time believing this new reality.
While I did enjoy the book overall, I felt it dragged a bit in the middle and was just plain uninteresting in different areas. Filled with funny moments, I found myself drawn in to just lose interest a few pages later. Truce is definitely for fans of Mathewson and I recommend reading at least Playing for Keeps before this one.