"Love and Other Games" Blog Tour 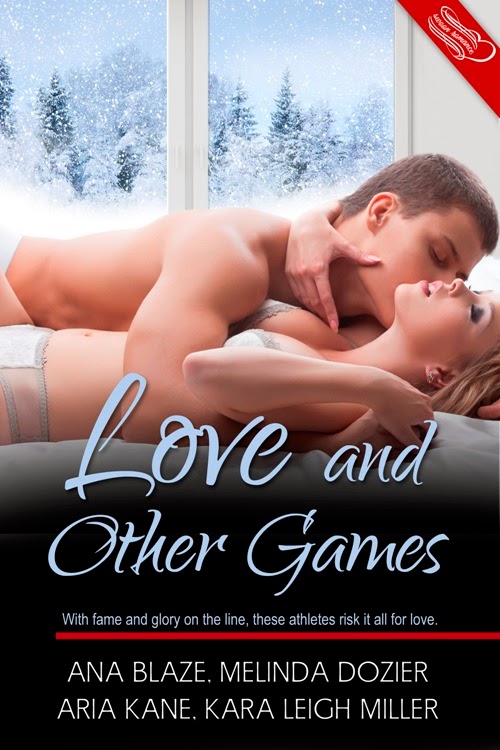 Worth More Than Gold by Ana Blaze
Amy Pierce, the klutzy sister and manager of America’s Skating Sweetheart, is used to being invisible. But when a friend drags her to a party near the Olympic Village, Amy catches the eye of a sexy Norwegian ski jumper. It’s a magical night, but an awkward next morning has her running.

Everyone knows Erik Andresen’s best shot at an individual medal was back in 2010, before an injury pulled him from the competition. He’s there for his team, but a hot night and a remarkable final training session have him wondering if a gorgeous good-luck charm could give him another chance at the podium.

With a little bit of luck, these two might have a shot at something worth more than gold.

Trouble with Gold by Melinda Dozier
US snowboarder and notorious prankster, Ty (Trouble) Madsen is only getting a taste of his own medicine when his Olympic teammates shackle him to a fence wearing nothing but his boxers.

Reception and protocol volunteer, Nadia Hoffman, gets up close and personal with the sexy snowboarder to rescue him, but she's not the kind of girl who lets her hormones get in her way. A professional performance could help her land her dream job at Olympics Committee Headquarters, but her new assignment supervising the rambunctious US Snowboarding Team is making that difficult. Can she see behind the snowman in the community center bathroom and into the warm heart of the man everyone calls Trouble?

The Girl behind the Gold by Aria Kane
Greek aerial skier Lia Milonas’s parents are about to lose the family farm. Saving it means medaling and landing a huge sponsor. While her no-nonsense attitude has her well on her way to a medal, it hasn’t won her a place in fans' hearts.

“Come back with a story that will make readers cry, or don’t come back.” This is what Brandon James’ boss told him before he left New York to cover the Winter Games for Moment Magazine. With a wink and a smile, he can charm his way into any invite-only party, but that career-making story is nowhere to be found – until he meets Lia.

The two strike a deal that should get them both what they want - but neither would have guessed they’d also find what they need.

Despite Brenna Jessup's abhorrence for the games and the athletes, she's hand-picked as the official photographer for the U.S. Olympic Hockey Team.

When a faux pas by Brenna almost costs Colton his career, she owes him. Too bad for her, Colton doesn't want apologies -- he wants retribution! And he knows just how to get it -- and her -- in the process.


My Thoughts
First off, props to the authors with the well timing of this book! I realized the winter Olympics were coming up but when I began to read, it occurred to me that the release of this book and the actual Olympics would almost coincide. Fantastic!
All of the stories in this anthology are pretty enjoyable, which is sometimes a rarity for me. Hitting a homerun every time is hard but this book does it fairly well. All told within the realm of the Olympics, each story revolves around different characters and different sports. The author's voices are clear and different tones of each story make for vividly different but fun tales of romance and sports.
All around a highly enjoyable and fun read, I enjoyed it far more than I thought it would. Beyond being excellent storytelling, I loved the timing of the book and think the authors did an excellent job of making all of the moving pieces work. I enjoyed the diversity in the stories and characters and will definitely be wondering what the lives are like behind the athletes on the television.  Brava!
Book Details
Publisher: Swoon Romance
# of Pages: 242
Date of Publication: November 29, 2013
At this exact moment, this awesome anthology of Olympic love is on sale for 99cents!
Barnes & Noble
Amazon 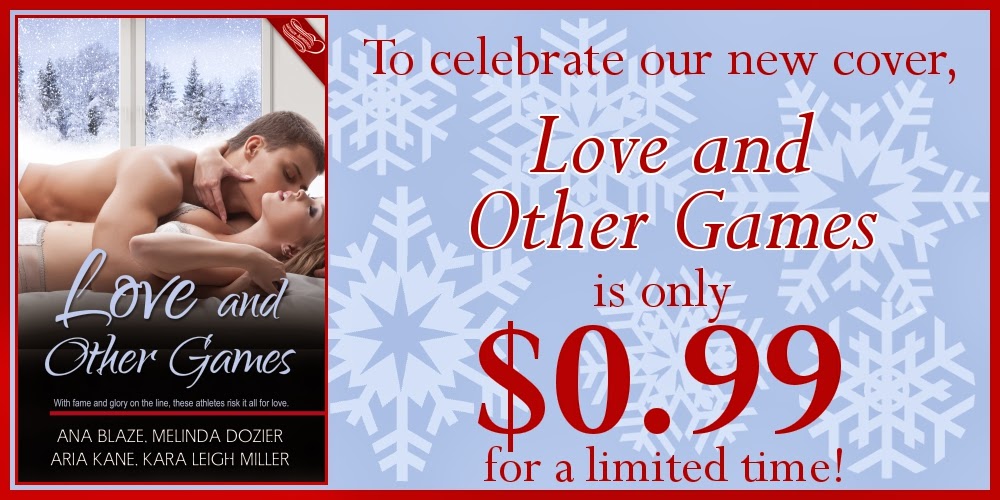