"Love Me Not" By: Reese Ryan Review 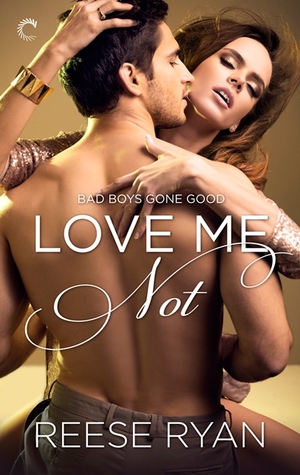 Love Me Not
By: Reese Ryan
Synopsis
Abandoned by a mother who chose drugs over her, Jamie Charles barely got out of her own addiction alive. Now, she pours her pain into her art while pouring drinks at a local bar. To Jamie, love is a four-letter word - until she meets Miles, a charming ad exec with piercing blue eyes who makes no secret about his desire for her.
Miles Copeland has family demons of his own, but his unhappy upbringing drove him toward hard work and success. He's determined to win Jamie over, and when he finally does, it's worth every moment he spent waiting. But when he confesses that he's falling for her, she panics. Sex is one thing, but love requires more than she can give.
Jamie can't deny her feelings, but she's haunted by her past. Miles knows his heart, but Jamie's lingering doubts have him questioning their future. It might take the threat of losing him forever for her to realize that refusing to let love in is the worst mistake of all.
My Thoughts
As a reader, I kind of shy away from new authors. I don’t know why for certain, but I have so many favorites, why look for more? When Love Me Not fell into my lap, I was instantly sucked into the story...so much so that I didn’t want it to end!
Jamie has had a hard life. Her father abandoned her and her mother chose men and drugs over her own child. Taken in by her best friend’s family, Jamie has always lived a little outside of the family unit, never really fitting in but not completely alone either.
One night while working her job as a bartender, Jamie serves a handsome businessman named Miles. He’s new in town, successful, and extremely handsome - all a combo that Jamie just isn’t used to. Of course Miles is interested in the spitfire bartender that is sassy and not drawn to him like other women, but it takes more than a few quick lines to pick her up.
I think what I enjoyed most about this book were the characters. Sure it was a good story, but Jamie and Miles were just plain fun. Jamie was so darn prickly and Miles does everything he can to get under her skin. As Jamie’s turbulent past is revealed, Miles never shies away...if anything, his ties just get stronger. A wonderful romance by Reese Ryan, I absolutely will be finding more books by this author.