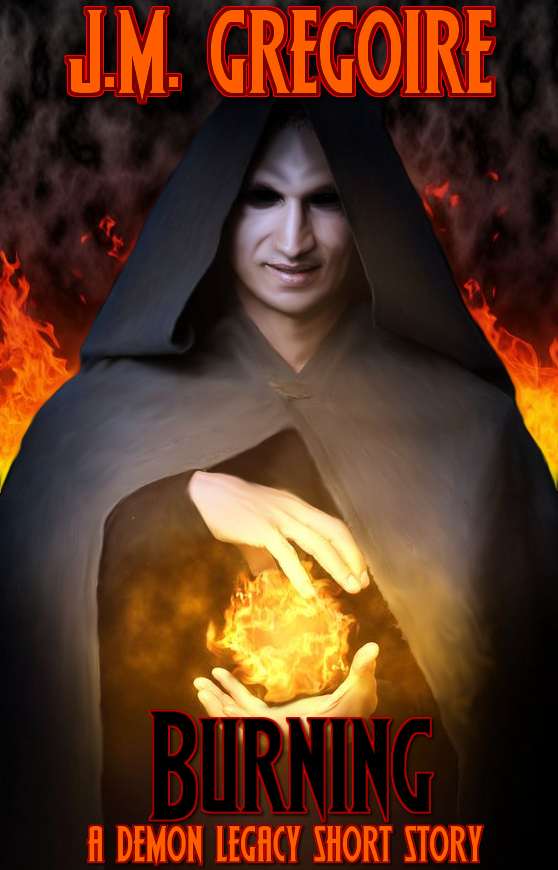 
Lucas was a typical playboy - lots of alcohol and a different girl every night.

One woman brought his emotional walls and the beliefs he used to build them crumbling to the ground.

Now, an unexpected visitor is going to change both their worlds forever.

My Thoughts
“Burning” is definitely setting the stage for a new series, giving us just enough to wet our whistles and leave us wanting for more. Filled with witches, vampires, and a demon or two, Gregoire creates a paranormal world that can easily can be turned into a multi-book series and one I am excited to see fleshed fully out.
At less than 30 pages, you would think there wasn’t a ton of story here but there truly is. Filled with witches, demons and vampires, “Burning” sets the stage for an engaging series to follow. it brings you in and actually surprises you when it ends, which I think is a good benchmark for an engaging novel.
Lucas and Natalia are in love. Lucas finds something in Natalia he has never seen or found with anyone else. When something happens that brings the two apart (I’m not revealing it, but it was a surprise!), Gregoire gives Lucas a realistic take on things and realistic feelings of revenge and retribution.
fast paced and suspenseful, Gregoire does a wonderful job of introducing the Demon Legacy series. I enjoyed Burning immensely and can’t recommend it enough to fans of paranormal romances. Looking forward to what comes next!

A Word from Author J.M. Gregoire
There are two forms of storytelling I have always loved – books and film.  Aside from being a hard core bibliophile, I am also a total movie buff with a serious jones for all things paranormal.  I was never a big one for slasher-horror flicks (i.e. Nightmare on Elm Street or Halloween) but if it involves ghosts, demons, possessions, hauntings or anything of the like, I am so there! 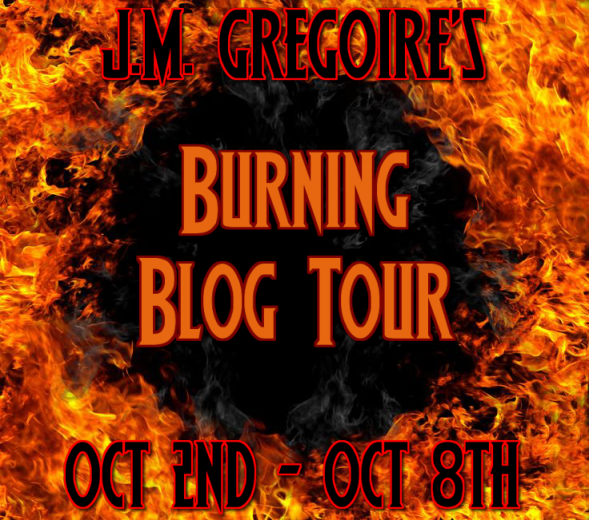 It all started with The Exorcist.  To this day, this is still one of my favorite films of all time.  The idea of spiritual warfare being real has always scared the pants off of me and for some reason, I love that feeling.  The feeling of being completely creeped out by the unknown.  From the first time I saw The Exorcist, I fell in love with the genre.  I’ve seen some great ones like the Poltergeist series, Stigmata, Thirteen Ghosts, The Ring, Paranormal Activity, Devil and The Rite.  I have also seen some HORRIBLE ones such as the epic failure of Drag Me To Hell.
I have tried to find books that give me that same feeling and it just hasn’t happened.  I think the closest I ever came to a book really giving me that creeped out feeling was probably The Omen and even that was a bit of a letdown.  When I started penning the Demon Legacy series, I knew I wanted to write what I love.  I wanted to write urban fantasy but I wanted it to be dark.  I wanted to write about demons.
To me, demons are probably the scariest of the paranormal creatures.  Creatures with no humanity.  Nothing but pure evil driving them.  I also didn’t want to “Twilight” them in my book.  By “Twilighting”, I mean taking these creatures with no redeeming qualities and making them…..well….sparkle.  Demons should be scary.  The moment I started writing my demon character, I knew exactly what I wanted him to be.  Cold, calculated, ruthless and unfeeling.  I didn’t want there to be even a shred of a chance that my readers would develop Stockholm Syndrome and start having warm fuzzies for him.  This guy is bad news and I wanted my audience to really feel that when they read my series.  I want the audience to be afraid for my characters going up against this guy because there’s a very good chance that, in the end, the black hats could win.

For more information regarding J.M. Gregoire and the Demon Legacy series, go to http://jmgregoirebooks.com

Giveaway
Want to win a copy of Burning to check it out for yourself? We have an e-copy to giveaway in either .mobi, .epub or .pdf formats
Leave a comment with your e-mail to be entered!

Check out the other stops on the
Burning Blog Tour

October 3rd
Once Upon a Time http://onceuponatime.jaedia.net/
My Hidden Bookshelf http://myhiddenbookshelf.blogspot.com/

Posted by The Brunette Librarian at 4:00 AM